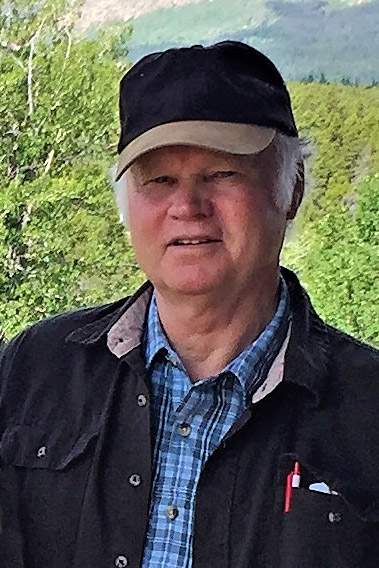 Miles Alan Chapman, 72 of Crookston, MN passed away unexpectedly on Thursday afternoon, October 18th, 2018, on the family farm.  He was born on March 27th, 1946 to Myron and Frances (Urness) Chapman.  Raised on the family farm, he was the youngest boy in a family of six.
He attended a one-room schoolhouse in Kertsonville Township before attending Crookston Central High.  While serving in the United States Air Force, he met and married Betty Anne Davis Chapman, on February 21st, 1970, in Dover, Delaware.  They were blessed with two sons, Miles and Brian.  Miles attended Wahpeton State College of Science, and worked at Collins Radio, before he enlisted in the United States Air Force.  He served four years and one tour in Vietnam.  In 1971, Miles and Betty returned to Crookston to operate the family farm.
For a brief time, he rented the farm to a local farmer and then into CRP, during this time, he attended the Alabama Christian School of Religion (ACSR).  After graduating ACSR, he served as family minister at the Dalraida Church of Christ in Montgomery, Alabama.  Until retirement, he continued to work on his farm and helped several farmers during harvest and planting.  He was active in the community, performed many roles in a local flying club, often joined friends for a cup of coffee, and served in several roles of the Church.
He often said, “I spoil everything I touch,” and he did.  He was loving and attentive towards his horses, cats, birds, rabbits, and family.  All the while, actively gardening and spending time on multiple projects around the farm.  He will be deeply missed by all of his family, friends, and his pets; Bess, Betty, Hilly, Scout, Dot, and Dash.  Miles is survived by his wife Betty, son and daughter-in-law, Miles and Amanda of Washington, D.C., and son Brian of Crookston; five grandchildren, Ashley, Emma, Elijah, Addison, and Piper; a brother Keith of California, and sisters Kay and Audrey of Wisconsin.  Miles was preceded in death by his parents, his sister Myra, and his brother Kenny.
A memorial service will be held at 1:00, with a visitation one hour prior to service, on Wednesday, October 24th, at Stenshoel-Houske Funeral Home Chapel in Crookston.

To order memorial trees or send flowers to the family in memory of Miles Chapman, please visit our flower store.