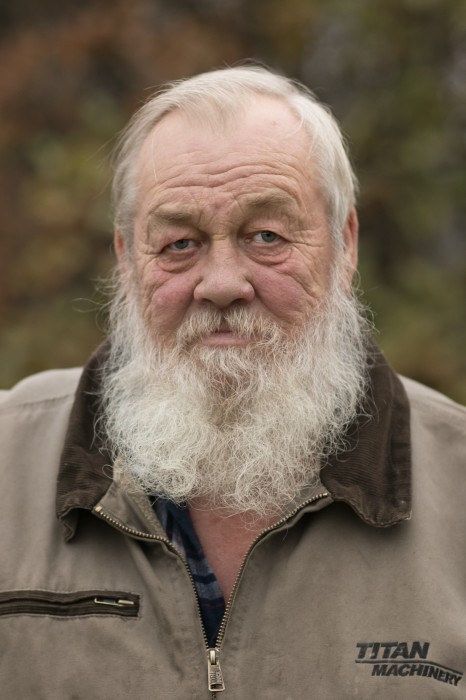 Michael “Mike” Anthony Dale, 66, of rural Buxton, ND, was surrounded by his loving family when he passed away peacefully on December 1, 2017 following his courageous battle with pancreatic cancer.

Mike was born on January 5, 1951 at St. Francis Hospital in Crookston, MN, the first of six children born to Glenn and Kathleen (Peterson) Dale. He became the first child of the fifth generation to live and work on the Gunder G. Dale homestead located Southeast of Climax, MN. He was baptized and confirmed in the Christian faith at the Climax Lutheran Church.

Growing up, Mike and his siblings kept busy on the farm and got into their fair share of mischief.  Fond memories of Mike’s were clearing trees and branches to make forts, tinkering with a turned-over car, making sailboats with his sisters, and climbing sticky pine trees. Mike’s farm chores included chasing home the cattle each evening and watching his father and grandfather in the fields as they tended to the cows, pigs, and chickens.  Eventually, Mike began feeding the animals and working in the fields along with his father and grandfather.  Mike also enjoyed several years farming alongside his brothers and repairing farm equipment.

Mike entered first grade at the Climax Public School in the fall of 1957.  He enjoyed farming much more than any school work, although he did enjoy playing football in junior high and high school. After Mike’s high school graduation in 1969, he enlisted in the National Guard and completed basic training at Fort Leonard Wood, MO.  Mike often talked about the eight miles he had to run each morning during training, and how those months of exercise were enough to keep him in shape for life.  Luckily the hard labor of working early and long hours on the farm prepared Mike for all those early morning runs. Mike was a member of the North Dakota National Guard in Hillsboro, ND from 1970 until 1978.

Mike farmed for several years with his father and brothers, and decided to further his education of farm equipment by studying diesel mechanics at the Hanson Mechanical Trade School in Fargo, ND.  In 1992, Mike was offered a position as a service technician at Red River Distributing in Crookston, MN. He later accepted a position at Red Power, which was purchased by Titan Machinery, where he enjoyed working as a service technician and semi driver until his retirement in 2015. He most enjoyed traveling for machinery pick up or delivery.  Mike was well-known wherever he traveled, and he enjoyed visiting with every person he met. Following his retirement, Mike enjoyed helping local farmers with their field work, and found it difficult to cut back on farming after his diagnosis.  He was fortunate enough to resume farming this fall for the Bjorge Brothers Farm and get one last harvest under his belt.

Mike met and fell in love with LaVonne Morvig from Fertile, MN while attending a dance with friends at the Maple Lake Pavilion in Mentor, MN.  After 1 ½ years of dating, the two married on November 1, 1975 at the Concordia Lutheran Church in Fertile, MN.  Mike and LaVonne moved to their homestead in rural Buxton, ND in August of 1979.  They were blessed with three daughters:  Michelle, a registered nurse; Melissa, a graphic designer / photographer; and Jennifer, a microbiologist.  Mike and LaVonne were so happy to become grandparents to Jevan and Anthony Jerry (AJ), and also gain a son-in-law, Jesse Bohara. Mike and Jesse quickly became the best of friends. Mike was thrilled to finally have a son to go fishing, hunting and camping with. Mike loved spending time camping, fishing and traveling with his family.  His hobby of camping and fishing took the family on road trips to camp in the Rocky Mountains and to the Pacific Northwest.  All adventures with Mike resulted in a lot of laughs due to crazy and unexpected mishaps in addition to all the random stories Mike would tell.

The love between Mike and LaVonne was obvious by the way Mike would gaze at LaVonne with his puppy-dog eyes, which often resulted in LaVonne’s embarrassment and her constantly telling him to “behave himself”.  Mike’s daughters couldn’t have asked for a better father and role model, even if half their time was spent trying to find the next way to embarrass LaVonne with Mike’s encouragement.  Mike’s kind-hearted and humorous ways weren’t lost on his grandchildren or son-in-law who loved his goofy antics and couldn’t stop from laughing.

Mike always had the ability to make a person laugh, and he was able to maintain his unique sense of humor until the end.  He flirted with nurses and told doctors that he was an MD too, M ike D ale. In the same breath, Mike would say “I’m ready to go” and was looking forward to having lunch with his parents in heaven.  As his grandson, Jevan, said, “I guess we can’t be too sad. He is going to a good place.”

Mike’s family wishes to thank all the doctors and nurses at Mayo Clinic, Roger Maris Cancer Center, and Hospice of the Red River Valley for their wonderful support during the last months.

A celebration of Mike’s life will be held at the Climax Lutheran Church on Saturday, Dec. 9, 2017 at 10:30am. Visitation will be in the Stenshoel-Houske Funeral Home, Crookston, MN, on Friday from 5-7:00pm, with a 7:00pm prayer service, and also at the church for one hour prior to the funeral. Interment will be in the Skatvold Cemetery, rural Climax, with military honors provided by Hubbard American Legion Post #336 and the National Guard Honors Unit from Moorhead, MN.

To order memorial trees or send flowers to the family in memory of Michael Dale, please visit our flower store.