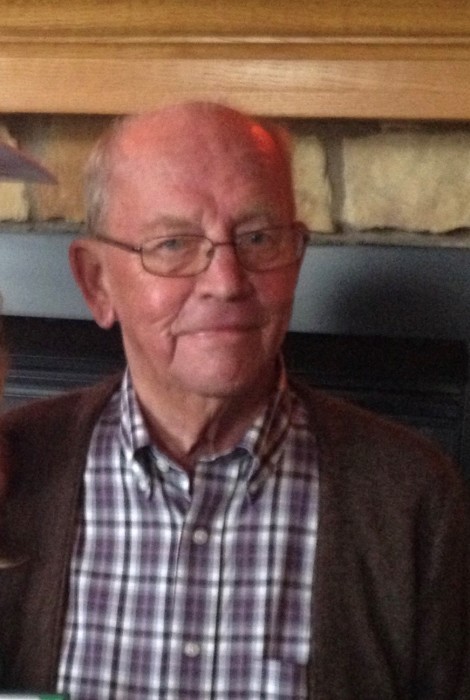 Mervin Ronald Knutson, 87, of Gold Canyon, AZ, and formerly of Fisher and Moorhead in MN, died Saturday, August 4, 2018, at Mountain Vista Medical Center in Mesa, AZ. Mervin was born on October 1, 1930 in Fisher Township to Clifford and Anna (Johnson) Knutson. Mervin grew up on the family farm, was baptized and confirmed in the Lutheran faith, and graduated from Fisher High School. On July 29, 1950 he was united in marriage to Doris Elaine Anderson in Fisher. Mervin farmed for several years and later worked in the maintenance department at Riverview Hospital in Crookston. In 1975 Doris and Mervin moved to Moorhead where Mervin was employed at Concordia College, retiring as chief engineer of heating and cooling in 1995. Mervin and Doris enjoyed spending summers at their lake home on Long Lake, near Detroit Lakes, MN, and winters in Arizona. Many wonderful memories were made at the lake and Mervin loved taking everyone out for pontoon rides. In 2001 the couple became permanent residents of Gold Canyon, where they enjoyed visiting with neighbors and making new friends. The couple were former members of Fisher Lutheran Church in Fisher and Christ the King Lutheran Church in Moorhead, and had been attending Our Savior’s Lutheran Church in Gold Canyon. Doris passed away on May 22, 2011. Mervin was a very loving husband, father, grandfather, and great-grandfather and will be sadly missed.

A memorial service for Mervin Knutson will be held at 7:00 pm, Friday, August 24, 2018, at the Stenshoel-Houske Funeral Home in Crookston with The Rev. Karen Young Trenne, officiating. Visitation with the family will be from 5-7:00 pm. Inurnment will be in the Fisher Lutheran Cemetery. In lieu of flowers memorials may be given in Mervin’s name to the Fisher Lutheran Church.

To order memorial trees or send flowers to the family in memory of Mervin Knutson, please visit our flower store.