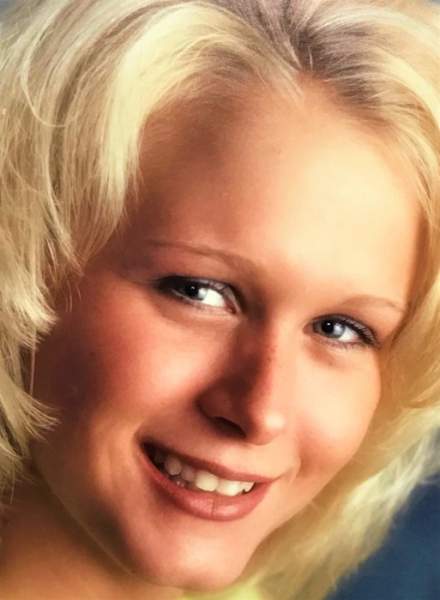 Megan was born on January 6, 1982, to Lyle and Cheryl (Ellinger) Wilkens, in Crookston, MN. She would spend all her early years in the Crookston area where she would attend, and graduate from Crookston High School in 2000.  When Megan was younger she played volleyball in grade school, and had a love for all kinds of animals, especially her dogs, cats, and rabbits. Her love for animals extended beyond her pets, as Megan loved to go horseback riding. While in high school, Megan participated in choir, was a cheerleader for the wrestling team, and loved going to concerts in the area with her friends. Following graduation Megan would move to the Minneapolis-St. Paul area and would continue her education at St. Paul Technical College, the University of Minnesota, and Aveda Institute in Minneapolis, earning her degree in Cosmetology.  While in college Megan worked as a receptionist at a JCPenney’s Salon, and later, as a licensed cosmetologist/hair stylist. Megan continued to work at JCPenney’s for several years before accepting a position with the Aveda Institute, where she was able to continue her passion of cosmetology, by becoming an instructor, and teaching students, as she once was.  In 2009 Megan moved back to the Crookston, MN area where she worked as a phlebotomist for Altru Health Systems, as well as operating her own salon out of her home.

Megan had many passions in life. Some of those included her love for animals, fashion & design, refurnishing old furniture, woodworking, and anything that involved the outdoors including working on the farm with her dad and brother.  Megan loved spending time with her family, especially the times she was able to enjoy with her dad.  Megan also enjoyed spending time with friends at the lake and always enjoyed a good campfire. But most importantly Megan was the mother to a beautiful daughter, Rilynn, who meant the world to her.  On September 4, 2011, Megan was confirmed on the same day that Rilynn was baptized.  Nothing brought Megan more joy than being able to spend every moment with Rilynn she could. Whether it was watching her participate in school programs, hockey, or dance.  Megan described herself, as all others could too, as a Loving Mom, cancer survivor, hardworking, kind hearted, and loving person. She will be missed dearly by all.

A Funeral Mass of Christian burial will be held to celebrate Megan’s life, Friday April 20, 2018, at 2:00PM at St. Peter’s Catholic Church in Gentilly, MN.  Visitation with the family will be held the night before, April 19, 2018 from 5:00-7:00PM at St. Peter’s Catholic Church, with a prayer service to follow at 7:00PM. Burial will take place at Oakdale Cemetery on a later date.  The Very Reverend Vincent Miller will be presiding.

To order memorial trees or send flowers to the family in memory of Megan Wilkens, please visit our flower store.