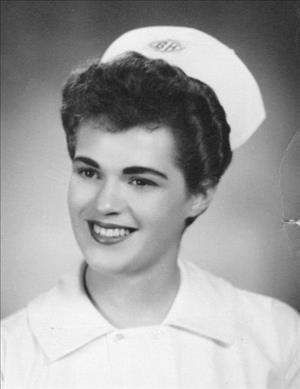 Mavis Joy LaChance, 74, of Fargo, ND, and formerly of Dilworth and Crookston, MN, passed away Monday morning, January 16, 2017, at Sanford Health in Fargo.

Mavis was born on July 4, 1942, the daughter of Ted and Ione (Raymond) Anderson. Her early years were spent on the family farm in Fisher, MN where she was baptized and confirmed in the Lutheran faith and attended the Fisher school. Following her father's passing she moved with her family to Crookston where she graduated from Central High School in 1960. Mavis enrolled in the Crookston School of Practical Nursing and obtained her degree as an LPN on September 11, 1962. She later married Russel LaChance. She was employed as an OR nurse at the Bethesda Hospital in Crookston until the birth of her two sons, James and John. Around 1983, Mavis and her sons moved to Dilworth and she began working for Cass County Social Services in Fargo. Following her boy's graduations from high school she moved from Dilworth to Fargo. A few years later Mavis bravely decided to further her education and returned to school to earn a Bachelor's degree in Social Work from Minnesota State University Moorhead. She continued her employment with Cass County Social Services as a social worker until retirement. Mavis was a member of the north campus of Hope Lutheran Church in Fargo, and a former member of the Crookston Eagles Auxiliary. In her younger years she was active in PTA, Scouting with her sons, playing softball, and league bowling. For many years she volunteered her time on behalf of several organizations. Mavis always looked forward to coming back to Crookston to attend the Bethesda Hospital Nurses reunions. Mavis was an endless supporter of her sons and devoted her life to helping other people. She leaves this world a better place. She will be very lovingly remembered by her family and friends.

Surviving family members include her 2 sons and daughters-in-law, and 4 grandchildren: James and Terra LaChance and sons, Henry and Owen, of Northfield, MN, and John and Amanda LaChance and children, Ella and Otto, of Fargo, ND; 3 siblings: Warren Anderson of Grand Forks, ND, Emilie Anderson of Moorhead, MN, and Len Ray Kneip and his wife, Karen, of Gardner, ND; an uncle and aunt, Marlin and Sis Raymond of Warren, MN; and many cousins, nieces, and nephews. She was preceded in death by her parents, Ted and Ione; step-father, Lenord Kneip; sister-in-law, Eve Ann Anderson; 6 siblings who died in infancy; and other family.

A memorial service for Mavis Joy LaChance will be held at 2pm, Saturday, February 4, 2017 at Stenshoel-Houske funeral home in Crookston with Pastor Kevin Smith of Hope Lutheran Church in Fargo, officiating. Visitation with her family will be for one hour prior to the funeral and inurnment will take place at Oakdale Cemetery in Crookston.

A graveside service will be held in the spring.

Visitation with Mavis's family will be for one hour prior to the service.

To order memorial trees or send flowers to the family in memory of Mavis LaChance, please visit our flower store.