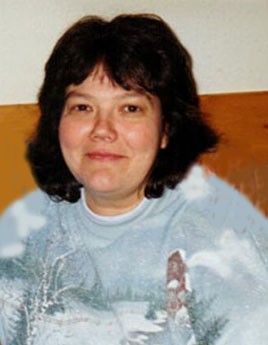 Maryrose Gemma Brault was born to Clarence and Elaine (Page) Brault on November 11, 1960 in Crookston, MN. She attended Central High School in Crookston, graduating in 1979.  Upon her graduation, Mary worked at Wash and Shine Laundry and Happy Joe's. On June 15, 1984, Mary was united in marriage to Robert Scott Sirek in St. Peter’s Catholic Church in Gentilly, MN. The couple was blessed with 3 children.  In 1987, she opened a daycare in their home where she continued to care for children until her retirement in 2009.

Mary loved being around children, her dog Chipper, going out for supper and she also loved to shop.  Some of her interests over the years include bowling, making ceramics, reading, fishing, and camping.  She will be remembered for the love she had for all the wonderful children she had the opportunity to care for.

She was preceded in death by both her parents; brothers, Robert, Walter and Mike; infant grandson, Jason Issacson; and sister-in-law, Nancy Brault.

To order memorial trees or send flowers to the family in memory of Maryrose Sirek, please visit our flower store.