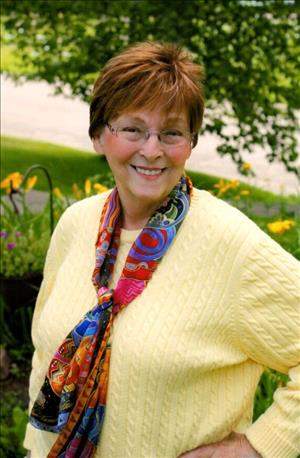 MaryAnn Jeanette Barstad, 71, of Crookston, MN, died at her home Sunday morning, November 6, 2016, with family and friends at her side. Mary was born at Bagley, MN on April 11, 1945, the daughter of Ralph and Sophia (Boorman) Anderson. She was raised at Leonard, MN where her early education began in a 2-room school. From 3rd grade on she attended Clearbrook, MN public school and eventually received her GED from Crookston Central High School. In 1987 Mary enrolled at UMC in Crookston, where she earned an Associate Degree in Dietetics. While a student, Mary was employed in the Dietary Department of Crookston's Villa St. Vincent. After graduation she worked as a dietician for the Greenwood Nursing Home in Bagley. In 1991 she returned to the Dietary Department of the Villa, and thirteen years later began working at the Northwestern Apartments and Kairos House, until retiring due to ill-health this past March. Mary was a member of the Church of Christ in Crookston. She will be very lovingly remembered by her family and friends. Mary is survived by two sons and five grandchildren: Mitchell Barstad and his children, Amber, Jared, and Jaspur, of Crookston, and Warren Barstad, his wife, Catherine, and their children, Jessica (Judah) Hall and Sarah, of Crookston; three sisters: Connie (Glen) Nelson of Clearbrook, MN, Winnie Jean (K.C.) Skaarland of Dover, AR, and Ruth Alice Anderson of Portland, OR; a brother, Maynard (Ellen) Anderson of Shevlin, MN; a sister-in-law, Joyce Anderson of Crookston; and several nieces, nephews, and other relatives. Mary was preceded in death by her son, Timothy, who died on February 4, 2005; her parents, Ralph and Sophia Anderson; a brother, James Anderson; and a brother-in-law, Rodney Storbakken. May God bless Mary's memory. A memorial service for MaryAnn Jeanette Barstad will be held at 2:00pm, Thursday, November 10, 2016, at the Church of Christ, 321 5th Avenue South in Crookston with Pastor David Johnson, officiating. Visitation will be for one hour prior to the service. Mary donated her body to the University of North Dakota Medical School. In lieu of flowers it is requested that memorials be given in her memory to the Church of Christ or an organization or charity of the donor's choice.

Visitation for one hour prior to the memorial service.

To order memorial trees or send flowers to the family in memory of MaryAnn Barstad, please visit our flower store.