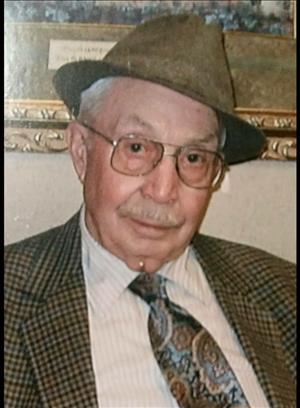 Marvin Harold Reitmeier, age 94, of Crookston, Minnesota passed away at Riverview Hospital with his family by his side. Marvin was born on March 17, 1922 to Edward and Ida (Wentzel) Reitmeier, Sr. in rural Lowell Township. He attended country school. He was united in marriage to Aldores Jorgenson on July 14, 1946 in Fisher, Minnesota, and made their home on a farm south of Crookston, MN. Marvin spent his life farming raising grain and sugar beets. He was especially proud to have been recognized for having the highest sugar per acre for his beet crop in 1981 over the entire region. To order memorial trees or send flowers to the family in memory of Marvin Reitmeier, please visit our flower store.