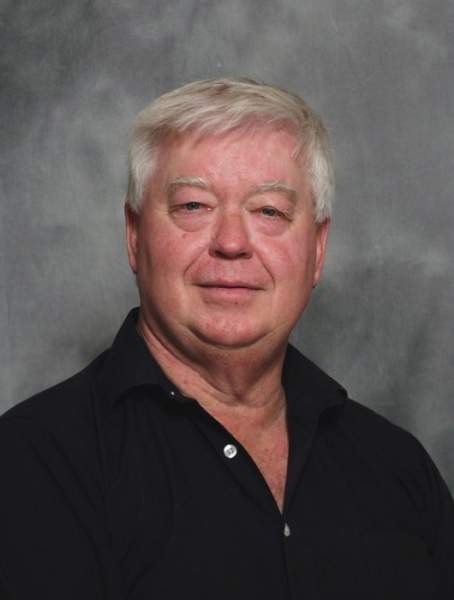 Marvin Peter Mattson, 74 of Fertile, MN, passed away Saturday, September 22, 2018, at the VA Medical Center in Fargo, ND, surrounded by family and friends.  He was diagnosed with leukemia last November and with the love and support of his family had been trying his hardest to defeat the illness.  He may have lost the battle, but refused to let it take his spirit.

Marv was born in 1943, the second of seven children of Mervin and Ella (Bakke) Mattson, at their farm home near Hitterdal, MN.  He was baptized and confirmed in the Lutheran faith and grew up on the family farm.  He graduated in 1961 from Lake Park High School.  Marv next earned his Bachelors Degree in Education at Moorhead State Collage, while working full time at American Crystal Sugar.  He enlisted in the Navy in 1966 and served overseas during the Viet Nam Conflict aboard the USS Forrestal.  After his honorable discharge in 1968, he taught high school in Atwater, MN for one year.  Next he enrolled at NDSU in the graduate program, and while working toward his PHD he had the opportunity to travel to Afghanistan for the State Department and USDA as a Diplomat.  After finishing his PHD Marv was married to Patricia Hoffman in Fargo, ND in 1974.  He started work for the Crop Quality Council, which included crop research in Mexico.  He then returned to the Midwest to work on research and development for the Ciba-Geigy company.  During this time he was blessed with two sons Peter and Christopher.  The family moved to Crookston in 1978 when he started at UMC.  Marv taught for over 30 years and was actively involved in several student programs and clubs. During these years he also started several consulting and research companies doing what he loved for the advancement of agriculture through promotion of plant health.

In retirement Marv devoted himself to Crookston Chapter 14 of the DAV (Disabled American Veterans) and served as commander until health issues forced him to step down.  At the time of his passing he had been nominated for Minnesota DAV Commander of the year for his diligent efforts during the past year.  He was a life member of VFW Post 1902 and American Legion Post 20.

Marv is survived by his 2 sons, Peter of Fertile, and Chris of Crookston; 4 grandchildren: Kayla (Abe) Thompson of Crookston, Kristie Brule (fiancé, Celedonio Garza III) of East Grand Forks, MN, and Alex and Jaret Mattson of Fertile, MN; 4 great-grandchildren: Stella and Bob Thompson, Aubrie DeBore, Milaia Brule; and soon to be born, Selena Garza.  He also leaves 6 siblings: Irene (Tom) Weis of Park Rapids, MN; Lenore (Darrel) Grande, of Moorhead, MN; Lyle (Corrine) Mattson of Greenbush, MN; Steve (Sandy) Mattson, Ron (Missy) Mattson, and Don Mattson all of Lake Park, MN; along with many nieces, nephews, and other relatives and friends.  He was preceded in death by his parents, Mervin and Ella.

Visitation will be at Stenshoel-Houske funeral home from 5-7pm Friday September 28, with prayer service at 7pm.  A memorial service honoring the life of Marvin Peter Mattson will be held at Resurrection Free Lutheran Church in Beltrami, MN at 10:30am Saturday, September 29, 2018, with Pastor Bruce Dalager officiating. Visitation will be for one hour prior to the service.  Military Honors will be provided by the US Navy, the Crookston Veterans Council, and the Ada Veterans Honor Guard.  Memorials may be given in Marv’s name to Crookston DAV Chapter 14 to be used for continuing the Honor Flight program taking veterans to Washington, DC.

To order memorial trees or send flowers to the family in memory of Marvin Mattson, please visit our flower store.