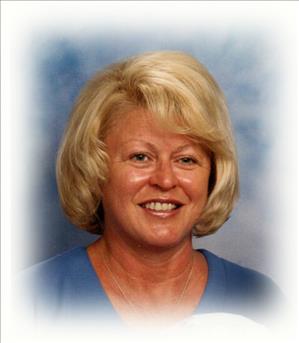 Martha Naomi Valley, 69, passed away February 4, 2016, peacefully in her home, with her loving husband by her side. Funeral services will be held at 10:30 a.m. Saturday, February 13, 2016 in the Trinity Lutheran Church in Crookston, MN with Pastor Greg Isaacson officiating. Visitation will be from 5-7p.m. Friday evening in the Stenshoel-Houske Funeral and Cremation Service, Crookston, MN. with a prayer service beginning at 7 p.m. Burial will be in the Oakdale Cemetery in Crookston. Martha was born September 17, 1946 to Norman and Martha (Nelson) Erickson in Roseau, Minnesota. She was baptized on October 20, 1946 at the Klondike Church in Strathcona, Minnesota; and confirmed June 17, 1962, at St. Paul's Lutheran Church in Crookston, Minnesota. Martha grew up in the Greenbush, Minnesota area with her family until moving to Crookston, Minnesota in 1952. There she attended Crookston Central High School and where she met her future husband. She was a member of Trinity Lutheran Church. Richard and Martha were married on June 17, 1965. The Army brought them to Anchorage, Alaska, where they were blessed to have their children, Paul and Lisa. In 1969 they returned to Crookston where they remodeled a home, and later moved to rural Crookston where together they built a house, of which she was very proud to have had a hand in. She worked for five years in the lab at American Crystal Sugar Company and then at St. Vincent as a Med Aide. She loved spending time with her children and grandchildren when she wasn't working. She loved reading to her grandchildren, but most of all she had the honor of seeing her second grandchild being born.

She enjoyed dancing with her husband, and sold crafts that they made. She did hand paintings on wood crafts that were sold all over the world. She loved sewing quilts, pillows, and just about anything, and was thrilled to sew up any of the grandchildren's blankets that had a little rip in them. She loved refinishing furniture, being out of doors, and having family and friends over for the holidays. She was preceded in death by her grandparents; her parents; siblings, Donald Erickson, Darlene Peterson, Ione Hylland, and Norton Erickson; a daughter-in-law Elizabeth (Gordon) Valley; and her father and mother-in-law, Paul and Emily Valley. Martha leaves behind her husband, Richard; a son, Paul Valley of Soldotna, Alaska; a daughter, Lisa (Jon) Ross of Fisher, Minnesota; and three grandchildren, Jessica, Benjamin, and Aimee Ross; brother, Ronald Erickson of Crookston, Minnesota; and two sisters, Kathlein Price, of Bloomington, Minnesota, and, Katherin (Larry) Nelson of Drayton, North Dakota.

To order memorial trees or send flowers to the family in memory of Martha Valley, please visit our flower store.