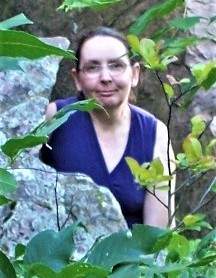 Marilyn Nielsen Crombie, 60, of Council Bluffs, IA, died on September 3, 2021 of lung cancer, at the home of her sister, Valorie Tuseth, of rural Beltrami, MN. Marilyn was born on February 11, 1961 to LeRoy and Anna Nielsen. She was baptized in St. Mary’s Catholic Church in Euclid, MN and raised on the family’s farm until 1970 when the farm was sold and they moved to Crookston. Marilyn attended Crookston schools until going to Wisconsin in 1977 to live with her sister, Vanessa. While there she married Bill Wendricks and they lived in Wisconsin and later in Texas.

In 1982 Marilyn returned to Crookston. She then met the love of her life, Wesley Crombie, and they were married on July 16, 1986. Their marriage was blessed by the births of 3 children: Wesley Alex, Patricia, and Nicholas; and 9 grandchildren.

Marilyn attended UMC, earning an Associate degree in Business Management, and furthered her education at Upper Iowa University, earning a Bachelor’s degree in Human Resources. She enlisted in the Army in 1987 and with her family moved to Fort Belvoir, Virginia, where she served as a human resources specialist. The family would later move as Marilyn’s Army career took them to Germany, Washington, Alaska, Iowa, and Kansas. She was promoted to Sergeant First Class in 2005 and retired with an honorable discharge in 2006 at Fort Leavenworth, KS.

Marilyn and Wes then moved to Council Bluffs Iowa. Marilyn began working for the State of Nebraska Department of Social Services in Omaha while Wes pursued a career as a chef. They loved their children and grandchildren and enjoyed camping, golfing, and attending the annual Steam Threshers Reunion at Rollag, MN every Labor Day weekend. Marilyn was diagnosed with lung cancer in 2019 and retired from her job with the State of Nebraska in order to concentrate on her health and her family.

Marilyn is survived by Wesley, her beloved husband of 35 years; their sons, Wesley “Alex” and Nicholas “Nic” (Piper), and daughter Patricia “Trish” (Ryan) Rodriquez; 5 granddaughters, Keiko Crombie, Paige Allen, Stella and Lucia Rodriquez, and Azarielle Crombie; and 4 grandsons, Charles Rodriquez, and Damien, Rhonan, and Nolan Crombie. She is also survived by her mother, Ann Nielsen of Crookston; 2 brothers, Tom (Diane) Nielsen of Bountiful, Utah and Jeff (Cory) Nielsen of Crookston, MN; and 2 sisters, Valorie Tuseth of Beltrami, MN and Vanessa Nielsen (Donovan Horrigan) of Ogilvie, MN; together with many nieces, nephews, aunts, uncles, and cousins. Marilyn was preceded in death by her father, LeRoy Nielsen. May God richly bless the memory of Marilyn Crombie.

A Memorial Mass of Christian Burial for Marilyn Crombie will be held at 2:00 p.m., Thursday, September 9, 2021, in the Cathedral of the Immaculate Conception in Crookston. Visitation  with the family will be for one hour prior to the service. The Mass will be livestreamed by logging on to www.crookstoncathedral.com 10 minutes before the start and clicking on the prompt to view. Inurnment with Military Honors will be in the Omaha National Cemetery, Omaha, NE at a later date.

To order memorial trees or send flowers to the family in memory of Marilyn Crombie, please visit our flower store.