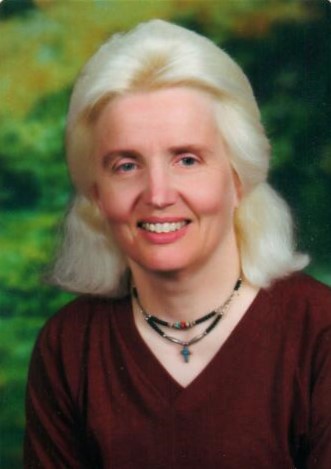 Lynette “Lyn” A. R. Karboviak (LARK), 57, of Moorhead, MN, formerly of Crookston, MN, passed away peacefully in her home Wednesday morning, March 14, 2018, with family at her side. She had been valiantly battling cancer for two years.

Lynette was born at Hallock, MN on December 19, 1960, the daughter of Edmund and Lillian (Miksatko) Karboviak. She was baptized and confirmed in the Catholic faith and grew up at Lancaster where she received her early years of education. At the age of 14 she moved with her family to Crookston and graduated from Mount St. Benedict High School in 1979. Lynette had most recently been employed by the American Crystal Sugar Company in Moorhead, working in the lab.

Lynette loved to travel and was always ready for an adventure. She was a devout Catholic and a member of St. Francis de Sales Catholic Church in Moorhead. During her lifetime she made four mission trips to various cities in the United States, wherever help was needed the most, and had also made a mission trip to Jamaica.

The Memorial Mass of Christian Burial for Lynette Karboviak will be held at 11:00am, Saturday, March 24, 2018, in the Cathedral of the Immaculate Conception in Crookston with The Rev. Pat Sullivan, presiding, The Rev. Augie Gothman, con-celebrating. Visitation will be at the Stenshoel-Houske Funeral Home on Friday, March 23rd, from 5-7PM, with a 7PM prayer service. Visitation will be also be at the Cathedral for one hour prior to the funeral. Inurnment will be in the Holy Rosary Catholic Cemetery, Lancaster, MN in the Spring. In lieu of flowers, memorials may given in Lynette’s name to Hospice of the Red River Valley.

To order memorial trees or send flowers to the family in memory of Lynette Karboviak, please visit our flower store.