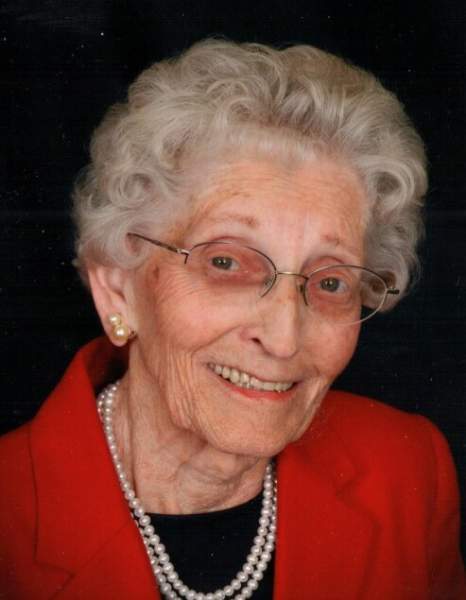 Lyla Irene Newhouse, age 96, of Crookston, MN, passed away peacefully on Wednesday, January 27, 2021, at the Villa St. Vincent in Crookston, MN, with her loving family by her side.

Lyla Irene Larson was born on June 16, 1924, in Bear River, St. Louis County, MN, the daughter of the late Martin and Ida Rena (Johnsrud) Larson.  She grew on a farm outside of Fertile until she started school and then they moved into town.  She attended Sunday School and confirmed at Concordia Lutheran Church in Fertile.  After graduating from Fertile High School in 1943, she went to Crookston, MN, and worked at Bethesda Hospital in the dietary department until she was married.  She was united in marriage to Glenn Newhouse, son of Willie and Grace (Avery) Newhouse of rural Crookston, at Concordia Lutheran Church on May 24, 1947.  They lived in Crookston for a few years and later moved to the country.  In 1954, Glenn opened a Standard Oil Station in Hallock, MN, but after a year he knew this was not his life’s dream, so the family moved back to Crookston and he worked a short time on the Gibbons Farm in 1955.  A short time later they bought a farm south of Crookston where they lived and farmed until retirement in 1994.  At that time, they rented the land a bought a home in town.

Lyla volunteered at the information desk at the hospital in her early years and truly enjoyed it and later she was involved in the Ladies Aid at Our Savior’s Lutheran Church in Crookston, MN.  She also enjoyed working in her garden out at the farm and making and canning bread and butter pickles that she gave to her family whenever they would come home to visit.  She also always had sugar cookies ready for her grandchildren.  During the winter Lyla and Glenn made several trips to visit family and relatives around the United States.  They traveled to San Diego, CA, Oregon, Louisiana, Mesa, AZ, Disneyland and Disney World and many other places.  They also really enjoyed their camper which they kept at Leech Lake near Walker, MN.  In summer, they would go there on weekends whenever they could.  They have many pictures and memories from all those years.

A memorial service for Lyla will be held at 6:00 pm on Friday, July 9,2021, at Stenshoel-Houske Funeral Home in Crookston, MN, with a time of visitation from 4:00 pm to 6:00 pm.  Pastor Steve Bohler will officiate.

To order memorial trees or send flowers to the family in memory of Lyla Newhouse, please visit our flower store.