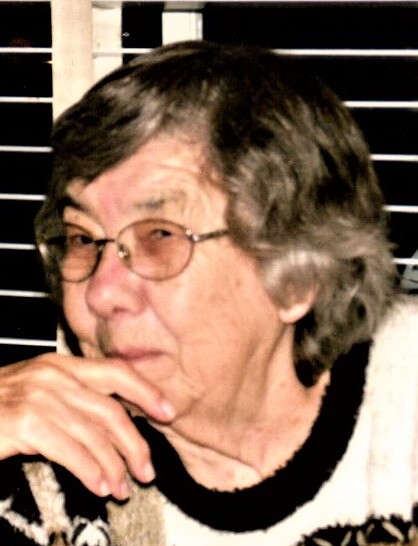 Louise was born in Red Lake Falls, MN on November 13, 1930, the only child of George and Sophie (Busse) Tischart. She grew up on the family farm at nearby Wylie, MN and was baptized and confirmed at the Emmanuel Evangelical Lutheran Church. Louise was raised by her Grandma Busse and attended the ‘little red school-house’ in Wylie. On March 26, 1953 she was united in marriage to Lloyd Fred Schultz at the Emmanuel Church. Crookston became home for the couple as Lloyd was employed on the Del Lariviere farm until his retirement. Louise was a devoted wife and homemaker, and together she and Lloyd raised their daughter, Joan, in a very loving home. Sadly, Lloyd passed away on September 16, 1992. Louise was a longtime member of Our Savior’s Lutheran Church. She enjoyed making cards and putting puzzles together, and most of all loved spending time with her family.

Louise is survived by her daughter, Joan Hunter of Crookston, MN; 4 grandchildren: Nathan Benesh of Crookston, Christopher Benesh and his wife, Sheila, of Winger, MN, Corey Benesh of Moorhead, MN, and Sarah Benesh of Oklahoma City, OK; 6 great-grandchildren: Jade, Vincent, Jasmine, Carson, Cameron, and Carter; and other relatives. In addition to Lloyd, her beloved husband of 39 years, Louise was preceded in death by her parents, George and Sophie Tischart. May God richly bless the memory of Louise Barbara Schultz.

To order memorial trees or send flowers to the family in memory of Louise Schultz, please visit our flower store.