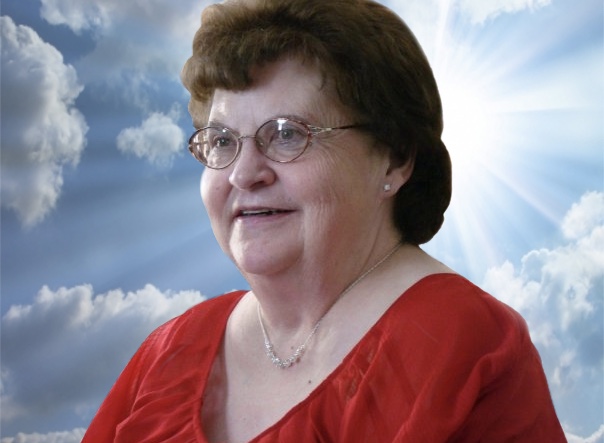 Lorraine was born November 12, 1941 in Cavalier County to the union of Dominic and Anna (Schuler) Hoffarth.  She was one of nine brothers and sisters. Growing up Lorraine attended Maida School in Cavalier County, and grew up in Langdon, ND.  While living in Langdon, Lorraine would meet the love of her life, Allen Girodat.  The two would be united in marriage on November 18, 1959 in Langdon, ND.  After marriage, Lorraine and Allen would move to Grand Forks, ND, where the couple would make their home until 2008, when the couple would then move to Crookston, MN.  Lorraine and Allen were blessed with two beautiful children, a son, Shane; and daughter; Renee. Throughout the years, Lorraine was a chef for many different restaurants in the Grand Forks area, such as, Dakota Café, ATO Fraternity, Player’s Sports Bar & Grill, and Hugo’s Deli, from which Lorraine would then decide to retire and enjoy time with her family.   Some of Lorraine’s favorite hobbies and interests included, her love for cooking, which she always made sure nobody ever left hungry when visiting.  Lorraine also enjoyed playing Bingo, Tweety, shopping at garage sales, camping at Maple Lake, spending time over the 4th of July at Mt. Carmel in ND, and most importantly, there was nothing Lorraine loved more than being a loving mother and grandmother, in which she was able to spoil her many grandchildren.

A memorial mass will be held to celebrate Lorraine’s life on Friday, October 13, 2017, at the Cathedral of the Immaculate Conception, in Crookston, MN, at 2:00PM.  Visitation will be held with the family one hour prior to services.  The Reverend Augie Gothman will be presiding.

To order memorial trees or send flowers to the family in memory of Lorraine Girodat, please visit our flower store.