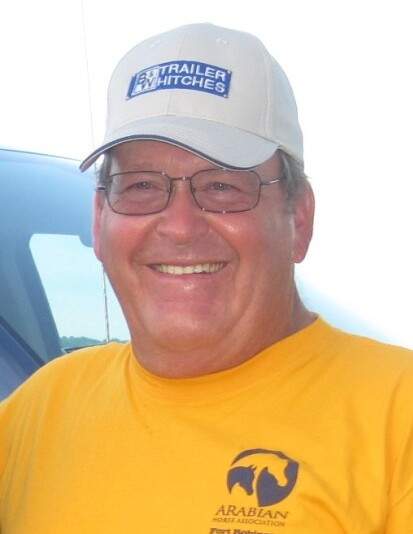 Loren was born in Crookston, MN on June 19, 1950, one of three children of the union of Oren and Edna (Butenhoff) Seaton. He grew up in Crookston and graduated from Central High School with the Class of 1968. On April 4, 1970 Butch entered the US Army. While proudly serving his country, he was awarded the Vietnam Service Medal, Vietnam Campaign Medal, Purple Heart, National Defense Service Medal, and an Infantry Gunner’s Badge. Following his honorable discharge on May 17, 1972. Butch then began a lifelong career driving the ‘big riggs’ for various trucking companies in the Crookston area. He hauled loads all over the country, loving a life that would sometimes keep him away from home for weeks at a time. From Butch’s many thousands of miles of travel he eventually realized that he really liked the Colorado area. In 2002 he and his companion, Nancie Goodyke, a Crookston, MN native, settled on land they purchased near Brighton, CO. Butch and Nancie married in 1990. Butch was employed in nearby Denver at the U.S. Truck Driving School, B & M Trucking, and RAC Transport until his retirement in 2012.

For several years, Butch and Nancie belonged to the Colorado Mounted Patrol, patrolling Golden Gate Canyon State Park.  Butch loved horses and had them for many years along with his other pets.  Riding near their home in Brighton and going on ‘trail rides’ with Nancie and friends brought great joy to his life.  He was always in touch with his family and friends back home in Minnesota and loved showing them the sights and beauty of Colorado whenever they came to visit. Winters for the past several years had been spent in Wittmann, AZ. The horses, a dog, and two cats went along and for Nancie and him riding their horses in the desert became a highlight of their days.

Butch will be dearly missed by Nancie, his wife and best friend; his sister and brother-in-law, Carole and John “Jack” Juvrud of Crookston, MN; 2 brothers-in-law and sister-in-law, Richard and Kathy Goodyke and Dennis Goodyke of Crookston, MN; and many nieces, nephews, other relatives, and friends. He was preceded in death by his parents, Oren and Edna Seaton; and brother, Arlynn Seaton. May God bless the memory of Loren Duane “Butch” Seaton.

A graveside service for Butch will be held at 2:00 p.m., Wednesday, October 27, 2021, in the Oakdale Cemetery in Crookston with Pastor Michelle Miller, officiating. Military honors will be provided by the MN National Guard Funeral Honors Team of Moorhead and the Crookston Veterans Council. The service will be livestreamed by going to Loren's obituary page at www.stenshoelhouske.com 10 minutes before the scheduled start and scrolling to the bottom of the page to click on the prompt to view.

To order memorial trees or send flowers to the family in memory of Loren Seaton, please visit our flower store.