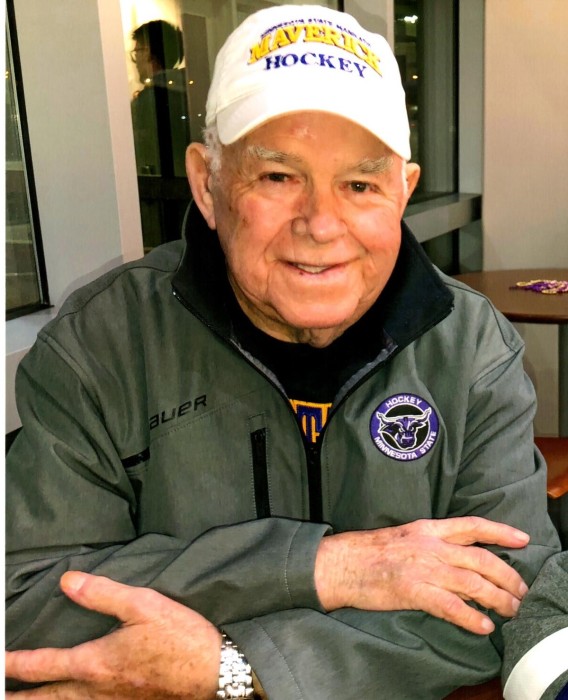 Lloyd “Butch” Eugene Hastings, 79, of Crookston, MN, passed away at Altru Hospital in Grand Forks, ND, on Wednesday, June 6, 2018, with his loving family at his side.

Butch, as he was affectionately known, was born on February 4, 1939, in Grand Forks, ND.  He was the son of Lloyd Alphius and Cassie Evelyn (Gillis) Hastings.  His early years were spent growing up with his three sisters in Grand Forks and beginning his education there.  The Hastings family later moved to Larimore where Butch attended the United Methodist Church and graduated from Larimore High School in 1957.  He was an outstanding high school athlete for the Polar Bears and a 4-year letter winner in football, basketball, and baseball.  Butch enlisted in the North Dakota National Guard and during his service with the Guard was activated into the U.S. Marine Corps from August 17 to October 22 of 1959.  On January 9, 1960, he was united in marriage to his high school sweetheart, Marlene Marie Middleton, at Our Savior’s Lutheran Church in Larimore.  The couple made their first home in Grand Forks where Butch worked for the Solar Gas Company.  In 1961 they moved to Larimore for a year and then to Mayville, ND.  In 1963, Butch and Marlene moved to Eugene, OR where he was employed by the RC Parson & Son Company.  They returned to the area in 1973 and settled in Crookston, which has remained home to the present time.  Butch and Marlene both began working for the Strata Corporation at that time, and while Marlene retired in 2007, Butch had remained actively involved with Strata to the present time.

Butch and Marlene were proud parents as they welcomed the births of their two children, Sandra Marie and Michael Eugene.  Butch was grateful to have his daughter, Sandy, and her family in Crookston, which made it much easier to keep up with the activities and sports of granddaughters, Shelby and Courtney.  Butch enjoyed watching Mike play high school hockey where he excelled for the Crookston Pirates.  He continued to attend his games whenever he could as Mike went on to play at the college level, and is today the head men’s hockey coach of the Minnesota State Mavericks.  Throughout his life, he enjoyed the outdoors and going hunting and fishing.  Butch valued time spent with his family and was an inspiration to his children and grandchildren.  He and Marlene were inseparable and remained “best friends” throughout their lives.  He was a member of the Trinity Lutheran Church in Crookston, and formerly of the United Methodist Church in Larimore, ND and Emmaus Lutheran Church in Eugene, OR.  Butch had been actively involved in the Pirate Hockey Boosters, and also held memberships in Eagles Aerie #873, the Crookston Masonic Lodge, and American Legion Post #20.

The memorial service for Lloyd “Butch” Hastings will be held at 1:00 p.m., Sunday, June 10, 2018, at the Trinity Lutheran Church in Crookston, MN with The Rev. Greg Isaacson, officiating. Visitation with the family will be held from 5-7:00 p.m., Saturday, at the Stenshoel-Houske Funeral Home in Crookston, with a 7:00 p.m. prayer service and the sharing of memories. Visitation will continue at the church Sunday from 12 Noon to 1 p.m. Military Honors will be provided by the Crookston Veterans Council. Inurnment will take place in the Bellvue Cemetery, Larimore, ND at a later date.

To order memorial trees or send flowers to the family in memory of Lloyd "Butch" Hastings, please visit our flower store.