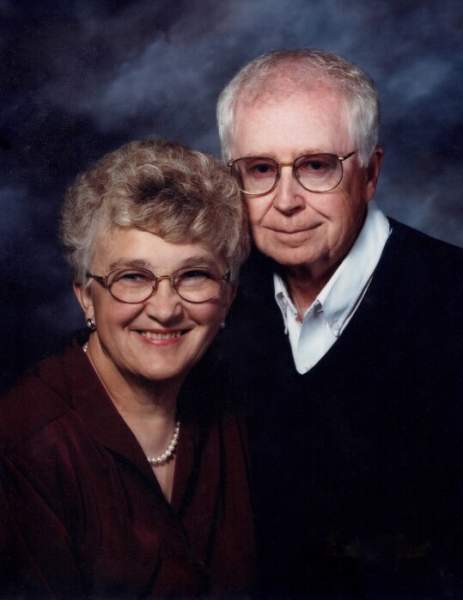 Lloyd and Shirley Lee, longtime Crookston Central High School educators, passed away peacefully on Tuesday, May 24, 2022, at Amira Choice in Plymouth, MN. They had moved to Plymouth a year ago to be near their daughter, Sondi, and her family. Shirley passed away in the early morning hours and Lloyd in the evening. They shared their lives together for over 63 years and will now share eternity.

Lloyd Norman Lee, 87, was born on August 4, 1934 in rural Roseau County to Ole and Rose Lee.  He graduated from Badger High School in 1952.  Lloyd then attended college at Bemidji State University, graduating in 1956 with a B.S. degree in music education.  In 1964, he received his M.S. degree from the University of North Dakota.

Shirley Violet (Brekke) Lee, 88, was born on May 5, 1934 in Fosston, MN to Lloyd and Gertrude Brekke.  She graduated from Fosston High School in 1953, and in 1957 earned her B.S. degree in education from Bemidji State University.

On December 22, 1958, college sweethearts, Lloyd and Shirley, were married in Fosston, MN.  They then taught together in Stephen, MN for two years.

In 1960, they accepted positions to teach in Crookston, MN and taught until their retirement in 1994. Over the years, Lloyd taught Band (and Orchestra for 15 years) and Shirley taught 7th-9th grade science, American History and Biology.  Shirley also had the honor of serving as interim high school principal in 1984.

Lloyd and Shirley were very proud of their students.  Lloyd was especially proud of the students in band and their many accomplishments and awards including marching in the 1991 Cotton Bowl Parade on New Year’s Day, 1988 Kentucky Derby Parade, and at Disney World in 1985 and 1994.  He also enjoyed leading them at many Potato Bowl Parades in Grand Forks, performing half-time shows at the Winnipeg Blue Bombers professional football games, and having the marching band star in a TV commercial for Old Dutch Potato Chips in 1984.

Shirley enjoyed being a Sunday school teacher, and member of WELCA and the Martha Bible Study.  She was also a past President of Woman’s Club.  Lloyd enjoyed playing in the Minnesota 9th District American Legion Band, singing in the Trinity Lutheran Men’s Chorus, and serving as a certified music adjudicator for the Minnesota State High School League.

Lloyd and Shirley enjoyed golfing, hunting, attending concerts, musicals and athletic events.  Their greatest joy was attending the sporting events and concerts of grandsons, Thor and Rolf. They loved being “snowbirds” and spent 20 wonderful winters in Gulf Shores, Alabama.

Lloyd and Shirley were preceded in death by their parents and Lloyd’s brothers: Nels, Robert, and Pastor Carl; and Lloyd’s sisters: Martha, Anna and Olga.

A Memorial Service honoring the lives of Lloyd and Shirley Lee will be held at 11:00am, Monday, June 6, 2022, at the Trinity Lutheran Church in Crookston, MN with The Rev. Greg Isaacson, officiating. Visitation with their family will be at the Stenshoel-Houske Funeral Home on Sunday from 5-7:00pm, with a prayer service and the sharing of memories at 7:00pm. Visitation will continue at the Church on Monday for one hour prior to their funeral. Burial will take place in Oakdale Cemetery, Crookston. All services will be livestreamed by going to the obituary page for Lloyd and Shirley at www.stenshoelhouske.com and clicking on the prompt to view.

Messages of condolence may be sent to Sondi, Jeff, and family at www.stenshoelhouske.com

To order memorial trees or send flowers to the family in memory of Lloyd and Shirley Lee, please visit our flower store.