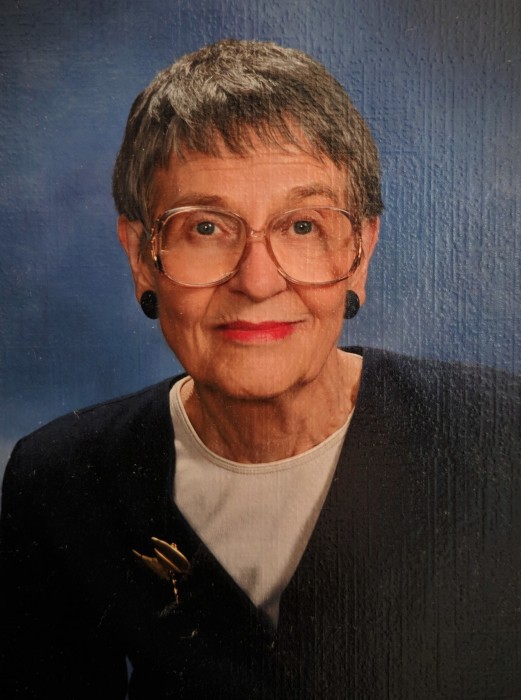 Lillian Jempsa Eid, 84, passed away peacefully with her family at her bedside on January 1st at Altru Hospital in Grand Forks, ND, following a short illness.

Lillian was born in New York Mills, MN, on May 31, 1933 to Vernon and Ida Jempsa.  The Jempsa family moved to Minneapolis when Lillian was three years old.  She graduated from Minneapolis North High School, then attended the University of Minnesota in Minneapolis and graduated in 1955 with BA degrees in Mathematics and Psychology.  She married Clark Eid in Minneapolis in 1955 and studied for her Dental Hygiene degree at the University of Minnesota, which she completed in 1957.  That same year, the couple’s first son Norman was born.  Lillian’s husband finished his Doctor of Dental Surgery degree in 1958 and family moved to Camp Pendleton, California, where he served in the Navy Dental Corps.  While in California, the family’s second son, Clark Jr., was born in 1960.

Dr. Clark Eid left the Navy in 1961 and the family moved to Fertile, MN to practice dentistry.  Lillian practiced as a dental hygienist in the Eid Dental Office, and later attended two years of Law School at the University of North Dakota.  At work, Lillian was fond of giving younger patients plaster-casts of animals to decorate upon leaving their appointments.  Also known as Libby, she was past president of the Fertile PTA and served on the Fertile City Council for 12 years.  Lillian was also very active with the Polk County DFL, served on their Board and received an award for Distinguished Services in 1992.  She was known for her passion for the DFL and civil rights.

Lillian held an Extra-Class amateur radio license and was a volunteer examiner for the American Radio Relay League.  She was an active member of the Western Steam Threshers Reunion, Fertile Community Club, Women’s Study Club, the AARP’s 55 Alive Program, Agassiz Environmental Learning Center and served on the Fair Meadow Nursing Home Board.  Lillian will also be remembered for her award winning crafts at the Polk County Fair, and for giving vegetables from her garden to neighbors.

Lillian is preceded in death by her parents, husband and sister.  She is survived by her brother, two sons and three grandchildren.  In lieu of flowers, memorials can be sent to the American Civil Liberties Union.

A memorial service will be held to honor Lillian’s life Friday, January 5, 2018, at Concordia Lutheran Church in Fertile, MN. Visitation with the family will be held one hour prior to the service. Inurnment will take place on a later date. Pastor Phil Larsen is presiding.

To order memorial trees or send flowers to the family in memory of Lillian Eid, please visit our flower store.