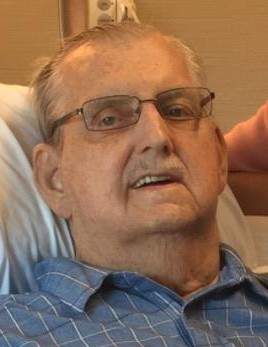 Les was born on December 4, 1946, in Crookston, MN, the son of the late Ernest and Helen (Olson) Jordahl.  He grew up in Fisher, MN, and graduated from Fisher High School in 1964.  While in school he worked for his aunt and uncle, Carol and Roger Remboldt, on their dairy farm.  After graduation he joined the Minnesota Army National Guard and went to basic training at Fort Louis in Washington State.  He then worked on the farms of Virgil Haake and Boyd Knutson.  On September 6, 1969, he married Carol Jasper at St. Paul’s Lutheran Church in Crookston, MN, where they made their home. Les worked for the Farmer’s Union before owning and operating Les’s Service Station in Crookston, MN.  He then worked as a Purchasing Manager for Coca-Cola, Phoenix Industries, and then JR Simplot.  He will be forever known as a loving and caring people person with a long-winded gift for gab.  He would always find something to joke about, like claiming he was the poorest guy in Minnesota.  He loved to bake and cook, most recently he learned how to make lefse like his mom made.  He enjoyed being outdoors, hunting, fishing, and camping.  He made his own icehouse and decoys.  Most of all though he loved being with his family, cherishing every moment he had with them, especially watching his grandchildren in their sporting events and activities.

Memorial Service:  11:00 am on Wednesday, October 16, 2019, at St. Paul’s Lutheran Church in Crookston, MN, with a time of Visitation one hour before.

To order memorial trees or send flowers to the family in memory of Leslie Jordahl, please visit our flower store.