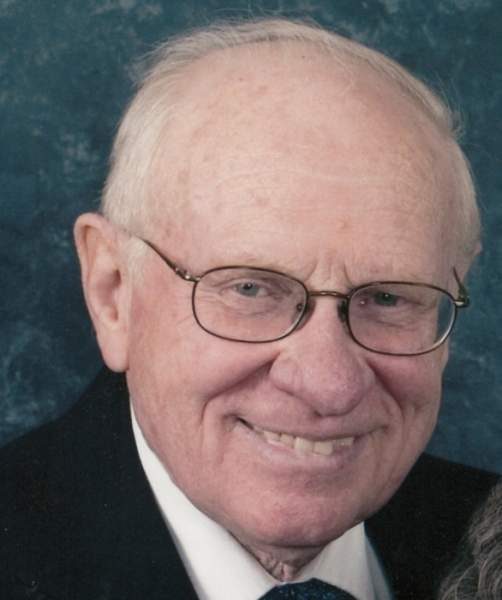 Leo was born on November 13, 1934, to Otto and Anni (Stolley) Luettjohann in Erskine, Mn.  He grew up in in Mentor, Minnesota, and graduated from Mentor High School in 1952. Leo joined the US Air Force in January 1955 and served for 20 years in the Cryptographer Field as a Crypto Operator. He served overseas in the following places: Libya, Philippines, Italy, Germany, Korea, and Thailand. While stationed in Wyoming he met the love of his life Judy Kost and they were married on February 7, 1959, in Basin, Wyoming, and to this union four children were born: Keith, Janet, Nancy, and Roger. In 1973, Leo and Judy made their home in Crookston.  Leo retired from the service in 1975 and was then employed by Krogstad Construction and the US Postal Service. Leo served as the postmaster for the Euclid branch for 20 years. In his retirement years, he worked at the Riverview Adult Day Services Program in Crookston.

Leo was very active in many clubs and organizations which included: Crookston Masonic Lodge, Constantine Commandry, Pierson Chapter #41 Royal Arch Masons, Kem Shrine, Crookston Shrine Club, Order of the Eastern Star Chapter #137, Scottish Rite of Freemasonry, and the Royal Order of Scotland.  He was also a life member of American Legion Post #20, VFW, DAV, Kiwanis and Eagles. In 1986, he was the Eastern Star Worthy Grand Patron for the State of Minnesota.  From 1987 to 1997, Leo served as the District Representative to the Minnesota Grand Lodge upon which he became a permanent member of the Grand Lodge of Minnesota.   While he was a member of the Royal Arch Masons he served as Grand High Priest of Minnesota in 1997.  In 2002, he was the Potentate of KEM Shrine. During these years Leo wore many hats, including his black Stetson hat.

In his spare time, Leo loved working in the yard and for many years had a beautiful, fruitful garden. Leo also took pride in helping Judy grow zinnias and award-winning irises. He enjoyed wood working and was passionate about his stain glass hobby which he gave away as gifts. He also liked fishing or just sitting in the boat for hours on end.  One thing with Leo is that he never sat still!  He especially enjoyed spending time with his family. If you have ever watched a local parade, you may have seen him walking beside the Crookston Shrine club fire truck dressed as Popeye!

Leo is preceded in death by his parents, Otto and Anni; a brother, Richard (MunJA); and a great-grandson Anthony Kuznia.

In lieu of flowers, memorials to the St. Paul’s Lutheran Church, the KEM Shrine, or the Hospice of the Red River Valley.

To order memorial trees or send flowers to the family in memory of Leo Luettjohann, please visit our flower store.