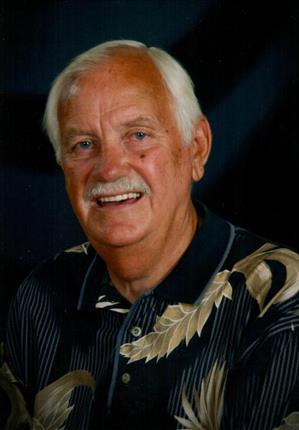 Leo "Lee" Dayton Hannesson, age 72, passed away peacefully on February 22, 2016, at the Veteran's Administration Medical Center in Fargo, North Dakota. He had been diagnosed with lung cancer on January 6, 2016. Lee was born on March 28, 1943, the fourth son of 100% Icelandic parents, Freeman and Marie (Hillman) Hannesson. He grew up in Bottineau, North Dakota, where he attended elementary school and graduated from Bottineau High School in 1961. He began his post-secondary studies at Mayville State College but later transferred to Minot State University majoring in business. He married Judy Nelson at the Vincent United Methodist Church in Minot, North Dakota, on June 30, 1964. They became the parents of a daughter, Pamela Lee, and a son, Bradley Dayton. While attending college, Lee had spent his summers working for the railroad in Minneapolis. He later returned to railroad employment with Burlington Northern in 1977. He earned his conductor's certification on his birthday in 1979, working in both freight and passenger services until 1986. After suffering a back injury, he left the railroad and went to work for the Hausman Company headquartered out of Chicago to do territory sales in the motor coach industry. Active in business throughout his entire adult life, Lee traveled many states as a territorial and factory representative. For a time, he was a partner in a multi-lot mobile home sales company in Bismarck-Mandan. Lee was a veteran of the U.S. Naval Reserve, serving his country during the Viet Nam War. He was stationed in San Diego and Long Beach, California, and served aboard the USS Francis Hammond with the Western Pacific Deployment. He received the rank of lieutenant on December 16, 1974. On December 11, 1999, he married Connie Kurpius-Miller at the Cathedral of the Immaculate Conception in Crookston, Minnesota. One of the added blessings of this union was becoming stepfather to Connie's four children, Wendy, Darby, Jeanna, and Andrew. Lee always said he had been enriched by their presence in his life. He officially retired in 2002. Lee spent his retirement years enjoying the noon card games and camaraderie at the American Legion Club in Crookston, doing the daily newspaper crossword puzzles, and traveling with Connie. The couple took many interesting trips, but after a cruise to Panama he was able to check off his number one travel wish – to experience passage through the locks of the Panama Canal. In the summer Lee enjoyed spending time at the couple's cabin on Maple Lake where he delighted in feeding the birds and squirrels. He thoroughly enjoyed cards, cars, and canines of all sizes and breeds. Lee was a member of the Cathedral of the Immaculate Conception, the Disabled American Veterans, and prior to his declining health he belonged to the Crookston Shrine Club of which he was a past president, the Kem Shrine of which he served as past president of the Uniformed Units Counsel, and the Kem Drum and Bugle Corps. He enjoyed his quiet times with his faithful canine companions, Chewy and Tasha, and cherished the fun, chaotic visits from the 12 grandchildren and their parents, his beloved children and stepchildren. Left to mourn his passing are his wife, Connie; his two children, Pamela Albright and Bradley Hannesson, both of Minot, ND; his four stepchildren, Wendy (Scott) Berge of Grand Forks, ND, Darby (Beka) Miller of Waubun, MN, Jeanna Miller (Steve Meysembourg) of Minneapolis, MN, and Andrew (Tami) Miller of Moorhead, MN; his grandchildren, Alexandra and Juliah Roll, Abby and Noah Hannesson, and Chelsy Graves, all of Minot; Alexia, Thomas, and Brenna Berge of Grand Forks, ND, Riley, Jacob, and Cole Miller of Waubun, MN, and Brianna Miller of Moorhead, MN. Lee was also blessed with the births of three great-granddaughters, Isabella Roll and Ryleigh and Reese Hess, all of Minot. Lee was preceded in death by his parents, Freeman and Marie; his brothers, Gordon, Bradley, and Forrest; granddaughter, Veronique Roll; and his father-in-law and mother-in-law, Edward and Marjorie Kurpius. Funeral services will be held at the Cathedral of the Immaculate Conception in Crookston at 11:00 on Saturday, February 27. Visitation and prayer vigil will be at the Stenshoel-Houske Funeral Home on Friday, February 26, from 5:00-7:00 P.M. with a prayer service beginning at 7:00.

11:00 AM
Cathedral of the Immaculate Conception

To order memorial trees or send flowers to the family in memory of Leo Hannesson, please visit our flower store.