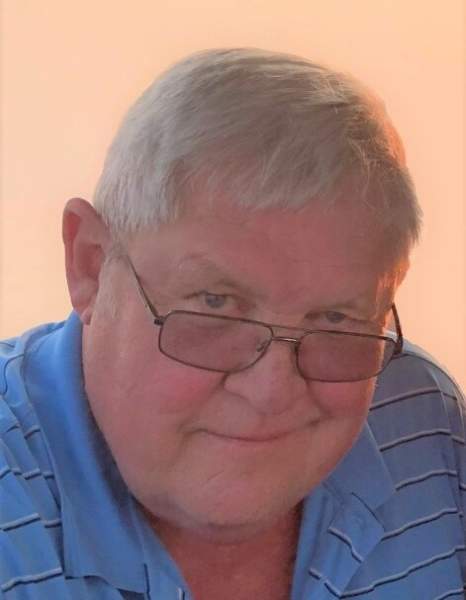 Lawrence James “Larry” Gruhot, 67, of Crookston, MN, passed away at his home very unexpectedly of natural causes on Thursday, July 30, 2020.

Larry was born in Crookston on February 6, 1953, the 9th of 10 children of the union of Albert and Olive (Bacon) Gruhot. He grew up on the family farm near Red Lake Falls, MN and was baptized and confirmed at St. Dorothy’s Catholic Church. He attended Lafayette High School in Red Lake Falls while working with his father on the farm. On December 15, 1973 Larry was united in marriage to the love of his life, Rosie Denise Davis, at the Crookston home of her sister and brother-in-law, Dollie and Jib Shimpa. Larry was employed by J.R. Simplot of Crookston until it was destroyed by fire in1978.  Later that same year on August 3rd, he began working for the Burlington Northern Railroad. After 37 years of loyal service Larry retired on July 1, 2015.

Larry loved spending time with Rosie and the kids and in their younger days many a memory was made while camping and going for pontoon rides on the lakes of the area. He never missed a chance as a young man to fish the Red Lake River near where he grew up. For several years Larry participated in 3 different bowling leagues at Crookston’s Red River Lanes. He was an avid Minnesota Twins and Vikings fan all his life and kept hoping that next season would be the one when they would go all the way. Larry was a longtime member of the Brotherhood of Maintenance of Way Union.

Larry was a man of very few words, a gentle giant, the most giving and selfless man around. He would give the shirt off his back to a stranger in need. His children and beloved wife loved and cherished every moment with him. He was a hardworking man who worked his whole life to provide for his family, making sure they had everything they could possibly need, especially making sure his children were fed whenever he was around. His family never went without the things they wanted and he’d always find a way to make birthdays and holidays a kid’s dream.

He will be forever missed by many and never forgotten. His warm smile, chuckle and big bear hugs will always be remembered by his loved ones who knew him best.

Larry’s memory will be forever treasured by Rosie, his beloved wife and best friend for over 46 years; 5 children and their families: Heather and Blaine LeNoir of Grand Forks and children, Peyton and Channing LeNoir; Heidi and Cliff Mann of Laveen, AZ and children, Isaac Hoffman (Lydia Stephens) and Ayvahn Mann; Holly and John Evitts of Roseau, MN and children, Aiden and Easton Evitts; Nick Gruhot of Crookston; and Natalie Bly of Detroit Lakes, MN and children Brielle and Silas Bly. Larry is also survived by 6 siblings: Ronald Gruhot of Crookston, Arlene St. Marie of Sturgis, MI, Adele Theis of Fertile, MN, Gale (Darlene) Gruhot of Fisher, MN, Verna (Ed) Smith of Knoxville, TN, and Linda Gruhot of Minneapolis, MN; together with many nieces, nephews, other family members, and many friends.

Larry was preceded in death by his parents; 3 siblings: Carol (Bill) Lee, Judy Gruhot, and Karen Nelson; parents-in-law, Ernie and Alma Davis; and sister-in-law and brother-in-law, Dollie and Jib Shimpa.

Larry’s memorial service and sharing of memories will be held at 5:00pm, Wednesday, August 5, 2020, at the Stenshoel-Houske Funeral Home in Crookston and will be led by his nephew, Robert Shimpa. Visitation with the family will be from 4-5:00pm. Social distancing rules will be observed and by state mandate masks are required. A reception for all will be held at the Irishman's Shanty following the service.

To order memorial trees or send flowers to the family in memory of Lawrence James Gruhot, please visit our flower store.