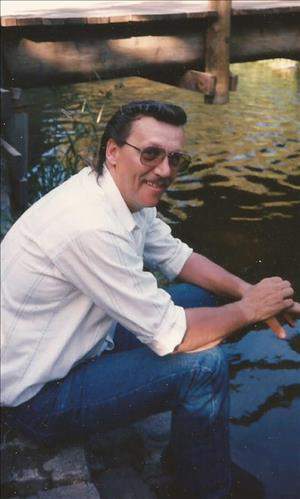 Larry Duane Hennager, age 64, of Crookston, MN died peacefully in his home with his family by his side in the early morning hours Tuesday, January 26, 2016 after a long battle with pancreatic cancer. A memorial service will be held at 11 a.m. Friday, January 29, 2016 in the Stenshoel-Houske Funeral and Cremation Service, Crookston. Family will be greeting friends beginning at 10 a.m. . Larry was born on August 16, 1951 to Roy and Edna (Hennager) Briggs. The oldest of 5 children, he was raised and went to school in Crookston. On June 22, 1968, he married Carol Hudson in Sisseton, SD. The couple settled in Crookston after a couple of brief moves to the Twin Cities and Hillsboro, ND, where they raised their three children. Larry had several jobs over the years including Culligan Water, Simplot, and American Crystal Sugar. But his true passion was his carpentry business. He enjoyed roofing and painting in the summer and drywall and interior work in the winter. His hobbies included riding motorcycles, snowmobiling, bow hunting, fishing, wood work, traveling and spending time with family. Larry is survived by his mother, Edna Klema; his three children, Linda (Phil) Walters of Cass Lake , MN, Duane (Tammy) Hennager of Crookston and Lisa Hennager of Crookston; six grandchildren, Kenny, Monica, Alexander, Samuel, Brittny and Amanda; four great-grandchildren, Coal, Wyatt, Jayden, and Kayden; sisters, Susan (Jack) Clark of Seabrook, TX and Linda Jensen of Crookston; a brother Donald (Debbie) Briggs of Crookston and many more family and friends. He was preceded in death by his grandparents, his father, wife, Carol and a brother, Dale Briggs.

To order memorial trees or send flowers to the family in memory of Larry Hennager, please visit our flower store.