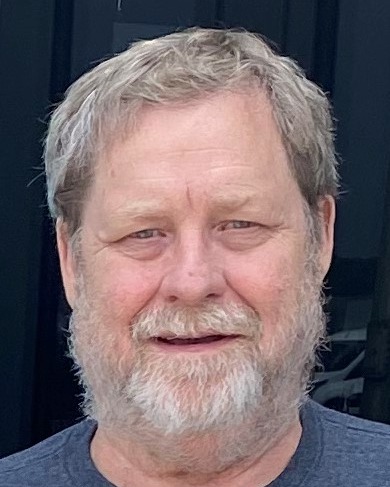 Kim Steven Christopherson, 67, of Crookston passed away Wednesday afternoon, January 4, 2023 at his home, surrounded by family. He’d been diagnosed with cancer in October.

A family graveside service will be held in the spring at Oakdale Cemetery in Crookston. Arrangements are with the Stenshoel-Houske Funeral Home in Crookston.

Kim was born on October 30, 1955 in Crookston, Minnesota, the son of Kenneth and Marian (Monson) Christopherson. He grew up in Crookston and attended Central High School. After high school, Kim moved to Seattle, Washington, where he worked as a fabricator for Boeing. His knowledge of fiberglass fabrication eventually brought him to Denver, Colorado, and later back to Crookston, where he worked for American Aerostar, a wind turbine blade manufacturing company.

While in Colorado, Kim met Tracie Weston, and they were married there on May 19, 1979.

Eventually, American Aerostar transferred Kim to Palm Springs, California, where he maintained their installed base of wind turbines.

While in Palm Springs, Kim met Jacquelynn Danials, and they were married on November 29, 1990. Jackie was a true California girl, but Kim managed to convince her to move “home” with him, back to Crookston. For several years, he owned and operated the Snowsled Inn in Gentilly, a few miles east of Crookston. After selling the bar, Kim spent the remainder of his career at American Crystal Sugar and Dee, Inc., both in Crookston.

Kim was an avid, knowledgeable follower of all Minnesota sports teams and was a keen political observer who wasn’t shy about sharing his views on the current state of affairs. He was always up for a game of pool and the accompanying banter with his pool buddies. He loved animals and especially enjoyed attracting a variety of birds to his many backyard feeders. He was thrilled this winter by a pair of Northern Cardinals that made frequent visits. Kim was a loyal, trusted friend to many who possessed a fun-loving approach to life that made people want to be around him. His booming voice was accompanied by an infectious laugh that could fill a room all by itself. Kim will be dearly missed by those who knew him and loved him.

Kim’s family would like to thank the caregivers at Altru Cancer Center in Grand Forks, North Dakota, RiverView Health in Crookston, and Hospice of the Red River Valley.

He was preceded in death by his wife, Jackie, who passed way in 2020, and his parents, Kenneth Sanford Christopherson and Marian Esther Christopherson.

To order memorial trees or send flowers to the family in memory of Kim Steven Christopherson, please visit our flower store.