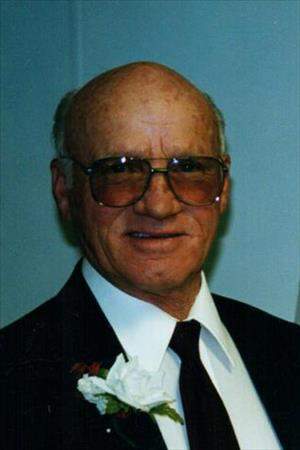 Kenley Urness Chapman, 79, of Crookston, MN, died Thursday morning, August 11, 2016, at the Villa St. Vincent in Crookston, with many loving family members at his side. Kenley was born on January 10, 1937 at his family's farm home, near Crookston, the son of Myron and Frances (Urness) Chapman. He grew up on the farm, was baptized and confirmed at nearby Hafslo Lutheran Church, and attended school in Crookston. On April 21, 1956 Kenley was united in marriage to Donna Mae Peterson of Fargo, ND. The couple made their home in Crookston, where their marriage was blessed by the births of six children: David, Debbie, Todd, Lonnie, Rick, and LeAnn. Kenley enlisted in the National Guard in 1956 and served for several years. During his working career he was employed by Spring Gravel, Valley Construction, Swingen Construction, E.W. Wylie, and TranSystems. For many years he assisted on the family farm, and was always helping farming friends through their planting and harvest seasons, even into his retirement years. Kenley served on the Hafslo Cemetery board and as it's sexton for many years. Kenley's daily routine began by meeting friends for morning coffee at several local restaurants, including McDonalds and RBJ's. He also enjoyed making an occasional stop at some of the area casinos. But the best times were reserved for his kids, grandkids, and great-grandkids, and his home was always open and welcoming to everyone. Kenley was a lifelong member of Hafslo Lutheran Church until it's closing in 1978, while also serving on the Hafslo Cemetery board and as cemetery sexton. Since the closing he had been a member of Trinity Lutheran Church in Crookston. Sadly, Donna passed away on March 9, 2004. Kenley will be deeply missed by his family and many friends. Kenley leaves 6 children: David and Mary (Brainerd) Chapman of Fargo, ND, Debbie and Randy O'Conner of Greentown, IN, Todd and Nancy (DeMaio) Chapman of Colorado Springs, CO, Lonnie and Michelle Quigley-Chapman of Crookston, MN, Rick Chapman and Wendy Lufkin of Grand Forks, ND, and LeAnn and Jeremy Brown of Crookston; 16 grandchildren; 20 great-grandchildren (with 2 more on the way), and other extended family. In addition to Donna, his beloved wife of 47 years, Kenley was preceded in death by his parents, and a sister, Myra Chapman. The memorial service for Kenley Chapman will be held at 1:00pm, Monday, August 15, 2016, at the Trinity Lutheran Church in Crookston with The Rev. Greg Isaacson, officiating. Visitation will be for one hour prior to the service. Inurnment will be in the Hafslo Cemetery.

To order memorial trees or send flowers to the family in memory of Kenley Chapman, please visit our flower store.