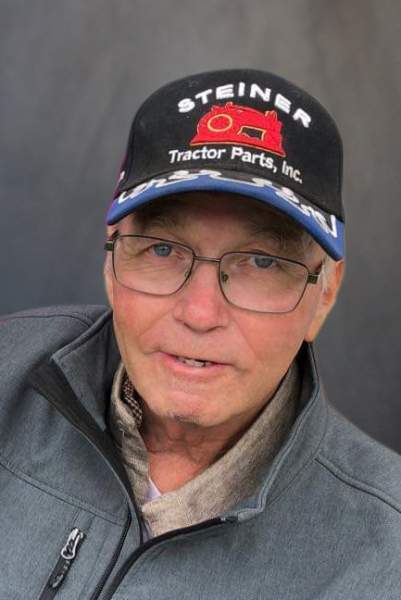 Keith Allen Dale, 62, Climax, MN, died unexpectedly on Saturday, November 28, 2020 at the Riverview Hospital in Crookston.  Keith was born on Sunday, June 8, 1958, the son of Glenn and Kathleen (Peterson) Dale.

As a young boy on the farm, Keith’s inquisitive nature often got him into trouble.  From experimenting with power tools and starting a tractor and truck at age four, his father learned to pull keys and lock things up.  His mother was not amused when Keith was covered with thick mud from head to toe.  He decided it was a good idea to wallow in one of the pig’s mud holes.

Keith and his younger brother, Brent, made many bicycle trips back and forth to the Vraa farm. David, John, and Paul joined them on their bicycles for daily adventures, spending hours of creative fun.  Fortunately, the five boys didn’t get into trouble, at least that we heard about, but they were expected to check in with their mothers from time to time.

As Keith grew older, he learned good work ethic while helping on the farm and in the fields with his father and brothers, Michael and Brent.  As a high school student, Keith had on-the-job training in the shop at the Farmers Union Oil Company, changing oil and filters and whatever else was needed for repairs.  He especially enjoyed working with the tire machine, removing tires, patching holes and mounting them again.  He made many trips to farmsteads and fields to repair tires, always aware that farmers wanted them fixed as quickly as possible.  Keith was said to be “as strong as an ox” during those days, handling large tractor tires with ease.  He was also known as “Rabbit” to many of his friends, so perhaps he was also quick.  After he graduated from the Climax Public School with the Class of 1977, he worked full time at the Farmers Union Oil Company in addition to helping with the farming operation.

Keith’s mother told him that she hoped he would meet the perfect woman to marry.  At that time, he was already in his forties!  He found the love of his life in one of his early childhood classmates.  On June 22, 2002, he married Julie Moen Lisell.  As a bonus, Keith also added two daughters, a son, their spouses, and grandchildren to his family. His siblings knew that it would take a very special woman to put up with Keith’s shenanigans.  Julie was up for the challenge.  They shared a love of anything antique and loved living in the country on the 4th generation Dale Century farm.  This stubborn, yet kind-hearted Norwegian husband, sent Julie and her daughters to Alaska in 2019.

The highlight of the trip for Keith (who sta yed home because he was “too busy”) was when they were visiting an Eskimo village and recognized a vintage Polaris snowmobile that Keith fully restored, sold, and shipped to Alaska from one of his sales. Little did they know that the new owner was living in that village. What a great surprise- worth the trip!

Keith was always dreaming of a “get rich quick” scheme.  He decided to bottle his special recipe for seasoning and sell it.  The only problem was that he seemed to give away more bottles of the seasoning than he actually sold, yet he continued to make more and handed them out freely to locals and whomever he happened to run into from this state or another.  Keith thought he and Julie should start up a food vendor business. Guess who would be doing most of the work. Not Keith!  His job would be to stand by the trailer to chatter non-stop with would-be customers.  He had a lot of practice doing that throughout the years!  Keith loved auction sales and had an uncanny knowledge of prices that items were worth.  If he felt he could make 2% profit reselling an item, he made sure he bid on it until it was his. When his sheds on the farm were nearly full, he gave his friend, Bill Berg, a call to schedule another auction sale at his farm, which seemed to be Keith’s favorite hobby.

Keith took pleasure in giving back to the community, often at his own expense.  He provided all of his generators to the city during the flood of 1996, leaving none at his farm to keep the heat running in his own home.  He enjoyed making pork loins and chicken on the large grill he made from a barrel.  If he charged a fee, he took delight in donating that money to the Climax Fire Department and the American Legion Hubbard Post #336. After restoring the rusty old swing from the Belmont Park that he paid a quarter to ride when he was young, he insisted that whenever it would be used, there would be absolutely no charge for children to have as many rides as they wanted. Generosity was definitely one of Keith’s strengths!

He was a member of the Climax Development Committee and served on the Hubbard Township Board for several years.

Lue Vraa kindly summed it up - “Keith was the best neighbor and friend you could ask for and he will be sorely missed by the whole community.  His generosity, kindness, and colorful personality are irreplaceable.”

A visitation for Keith will be held on Friday, December 4, 2020, at Stenshoel-Houske Funeral Home in Crookston, MN, from 5:00 pm to 7:00 pm, with a prayer service at 7:00 pm.  Pastor Joy Grainger will officiate.  Due to restrictions from the Covid-19 pandemic attendance will be limited to 75 people and masks and social distancing will be required.  The prayer service will be lived streamed on Keith’s obituary page at www.stenshoelhouske.com.  Interment will take place at Skatvold Cemetery in Climax, MN, in the spring of 2021.

To order memorial trees or send flowers to the family in memory of Keith Dale, please visit our flower store.