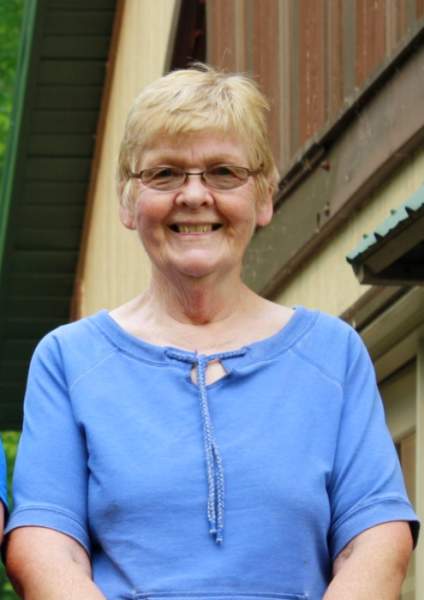 Kathleen “Kathy” Joan Merten, 75, of Crookston, MN, passed away peacefully, after a brief illness, Wednesday evening, June 20, 2018, at the Villa St. Vincent in Crookston, while surrounded by her loving family.

Kathy was born on November 30, 1942 at Austin, MN, one of three children of the union of Alroy and Catherine (Johnson) Chaffee. She grew up in Austin where she was baptized and confirmed at St. Olaf Lutheran Church, and graduated from Austin High School with the Class of 1960. While Kathy was growing up many fond memories were made while spending summers at the family cabin on Crane Lake. She later helped build the new family lake home on Rush Lake. After graduation Kathy was employed for a few years as a medical secretary at the Mayo Clinic. She then began working in the same capacity at St. Olaf Hospital in Austin. It was there that she met a young man, and fellow employee, by the name of Charles Dan Merten. After a whirlwind courtship the two were united in marriage on October 23rd. They then alternated living between Austin and Virginia, MN before settling in Crookston in 1978. While Kathy became the clerical supervisor for Polk County Social Services, Dan was employed managing plant services at the RiverView Hospital. After long and rewarding careers they retired at about the same time in 2004.

Kathy was a member of the Trinity Lutheran Church for 40 years. She also held membership in the Crookston Eagles Auxiliary and had received the Eagle of the Year Award several years ago.  Kathy’s family all have great memories of her cooking and baking, particularly the rhubarb cake and a variety of cookies that she always seemed to have on hand. Never far from her side was her faithful puppy, Lily, who she rescued from an animal shelter, and who is more like family than a pet. Kathy enjoyed many hobbies such as flower gardening, attending her grandkid’s school events and games, spending quiet evenings knitting, cross stitching, and putting all her love into blankets she made for her family. Kathy liked being outdoors, whether it was going for a walk or birdwatching with Dan. She will be forever remembered as a loving wife, mom, grandma, and great-grandma.

Kathy leaves her husband and best friend, Dan; their two children, Mike Merten and his wife, LaVonne, and Barb Hulst and her husband, Chad, 4 grandchildren: Nick Merten, Nate Merten, Madison Hulst, and Caitlin Hulst and great-granddaughter, Kensley Kaye, all of Crookston, MN; brother, Paul Chaffee and his wife, Mia, of Utah; sister, Marie Johnson of Austin, MN; and several nieces, nephews, other relatives, and friends. Kathy was preceded in death by her parents, Alroy and Catherine Chaffee; her parents-in-law, Charles P. and Bernice Merten; and a sister-in-law and brother-in-law, John and Mary Jahoda.  May God bless the memory of Kathy Merten.

A memorial service for Kathleen Joan Merten will be held at 7:00pm, Wednesday, June 27, 2018, at the Stenshoel-Houske Funeral Home in Crookston with The Rev. Elise Pokel, officiating. Visitation with the family will be from 5-7:00pm. Inurnment will follow the service at the Oakdale Cemetery in Crookston.

To order memorial trees or send flowers to the family in memory of Kathleen "Kathy" Merten, please visit our flower store.