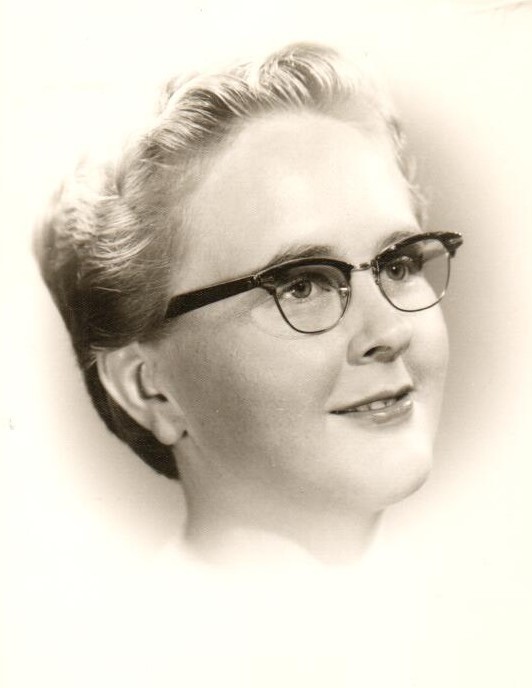 Karen Rose Sandberg, 86, of Crookston, MN, passed away Tuesday morning, December 24, 2019, at the Villa St. Vincent in Crookston with her loving family at her bedside.

Karen was born at Minneapolis, MN on May 30, 1933, the daughter of Wilbur and Lillian (Joki) Sandberg. She was baptized and confirmed in the Catholic faith and received her early education in Minneapolis schools. Following a move to Lambert, MT in 1947 Karen completed her public-school education as a 1950 graduate of Lambert High School. She then attended the Aberdeen, SD School of Nursing, earning her R.N. degree in October of 1957. After working as a nurse in Miles City, MT for a few years Karen moved to Crookston to become the Director of the School of Practical Nursing. In 1975 she moved back to Montana to become primary caregiver for her mother until her passing in 1985. At that time she returned to Crookston and was employed as a nurse at one of the local clinics until retirement in 1993. Karen would then become caregiver for her very good friend, Mary Louise Jorgenson.

Karen was a very devout Catholic and longtime parishioner of the Cathedral of the Immaculate Conception. A mutual friendship had formed over the years with several of the Sisters of St. Benedict and Karen spent lots of time with them at the Mount. Soon after the closing of the original Cathedral of the Immaculate Conception in Crookston, and the move to the newly constructed Cathedral, Karen became a principal founder of the Skyline Preservation Project dedicated to preserving the ‘Old Cathedral.’ She was a very passionate artist and creator of several hundred watercolor paintings, many of which she gifted to family, friends, and various organizations. She loved to go for rides in the country and is well remembered as the friendly, outgoing lady who was always going for walks around Crookston. Later as her strength began to diminish she continued to get her exercise while going out in her wheelchair. Karen moved from her family’s house in Grand Forks to the Villa St. Vincent this past September.

The Memorial Mass of Christian Burial for Karen Sandberg will be held at 2:30pm, Friday, January 3, 2020, at the Cathedral of the Immaculate Conception in Crookston with The Very Rev. Vincent Miller, presiding. Visitation with the family will be for one hour prior to the service.

To order memorial trees or send flowers to the family in memory of Karen Sandberg, please visit our flower store.