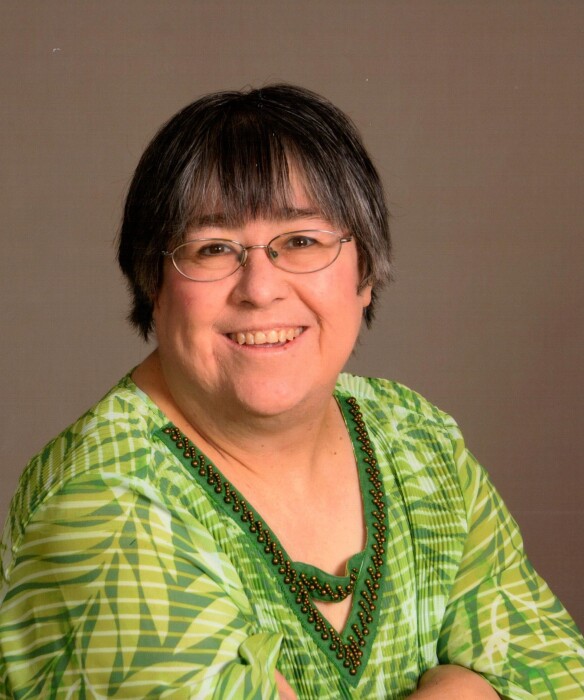 Karen Anne Arel, 61, of Crookston passed away on Sunday, May 2, 2021, at the University of Minnesota Hospital in Minneapolis, MN, of cancer.

Karen was born on April 9, 1960, in Crookston, MN, the youngest of 8 children born to Frank and Eva (Surprenant) Arel.  She was raised in Crookston attending St. Joseph’s Academy, Cathedral Grade School and graduating from Mount St. Benedict High School in 1979.  Karen was a lifelong member of St Anne’s Catholic Church and the Cathedral of the Immaculate Conception.

After graduation, Karen attended UMC for a few semesters.  She then moved to the Twin Cities where she worked for Montgomery Wards and the Dayton Hudson Corp.  She returned to Crookston and began working with her sister Annette for Annette’s Daycare.  She began working for Hugo’s at that time and on April 15 of this year, she just completed 30 years of service.  Karen was well known throughout the community as “Karen from Hugo’s”.  She loved her job and enjoyed visiting and helping the customers. Unfortunately, due to her illness, she had not worked for the last few months.

In January of 2021, Karen was diagnosed with cancer.  She continued to be optimistic until the last few days when she just wanted to go home.

In Karen’s spare time she was a huge Minnesota Twins and Wild fan and watched games whenever she could.  She loved playing Bingo at the Eagles and traveling with family members to numerous states.

Loving family members include four sisters and brother-in-law’s, Jan and Dick Dols of Fridley, MN,  Kathy and Greg Piche of Mounds View, MN,  Annette and Keith Strack of River Falls, WI and Rosie and Jack Tucker of Euclid, MN. She also is survived by two brothers and sister-in-laws Ron and Donna Arel of Bemidji, MN and Gerald and Carol Arel of Mounds View, MN, as well as 14 nieces and nephews and 25 great nieces and nephews.

Mass of Christian Burial will be celebrated for Karen at 11:00 am on Friday, May 14, 2021, at the Cathedral of the Immaculate Conception in Crookston, MN, with a time for visitation for one hour before.  The Very Reverend Father Vincent Miller will be Celebrant.  A visitation will also be held from 5:00 pm to 7:00 pm on Thursday, May 13, 2021, at the Cathedral, with a prayer service at 7:00 pm.  Inurnment will take place at Calvary Cemetery in Crookston, MN, at a later date.  The Mass will be livestreamed by the Cathedral and can be viewed at www.crooktoncathedral.com on the day of the service.

To order memorial trees or send flowers to the family in memory of Karen Arel, please visit our flower store.