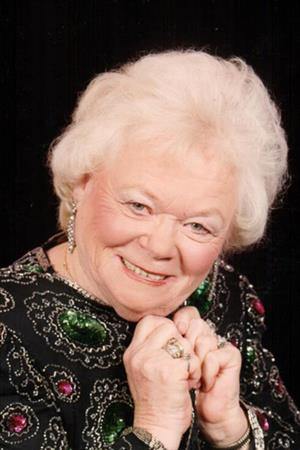 Juneth "Junie" Rose Pearl Palmer, age 87, passed away peacefully in her daughter's home, with her family by her side, on September 6, 2016. Juneth was born on August 2, 1929, to Oscar and Marvel Sather at the Sather Homestead in Rural Mentor, MN. She went to rural school for eight years, followed by 4 years at Mentor High School. After graduation, Juneth moved to Crookston and worked for a short time as a nursing assistant at the Villa St. Vincent. She then took a full time job as a telephone operator at Northwestern Bell. During that time, she lived with her sister, Lorraine. In 1949, she met Dwane Palmer at the ice arena in Crookston and they were married at the Cathedral of the Immaculate Conception on June 6, 1950. Nine months later, they welcomed their first son, Leslie. At that time she cut back to part-time hours at Northwestern Bell. When daughter Julie was born, Juneth stayed home full time and rented rooms out to people who worked at St. Francis Hospital. Juneth enjoyed staying at home and being a full-time mother to Les, Julie, Kim, Dan, and Marc. When daughter Kristi was born in 1965, she worked as an evening receptionist at St. Francis Hospital until they closed. In 1970, started working as a secretary at the AgassizValley School of Practical Nursing. In 1975, they welcomed their 7th child Kari. Junie loved going to all her children's activities and attending her Church Circle. Juneth retired from the School of Nursing in 1993, and enjoyed every year after her retirement. She enjoyed their lake home in Maple bay where she spent her summers, watching the loons, raising pigs and geese and planting flowers and canning delicious vegetables grown from the garden. She enjoyed bringing flowers and canned goods to the Fertile Fair, where she won Best of Show for her dill pickles, clematis and a bouquet of flowers in a yellow hat. She enjoyed bingo, pull tabs, playing cards with family, spending time visiting with family and friends and cooking nice meals for her family. Every summer, she enjoyed having a reunion with faculty members from the School of Nursing. Juneth had the ability to make everyone feel like someone special. She had unconditional love for her family, friends, and all animals. She was a fun-loving, giving, joyful, and very selfless person who will be greatly missed by many. Juneth is survived by her beloved husband, Dwane; their children, Leslie Palmer of Crookston, MN, Julie (Tom) Glass of Maryland, Marc (Sue) Palmer of Crookston, MN, Kristi (Jeff) Widseth of Minnetrista, MN, and Kari (Chad) Hitchen of Winger, MN; grandchildren, Nikki (John) Lee, Heather (Kevin) Waller, Angie (Jeff) Brekken, Katie (Zach) Zwack, Sally (Jeremy Yunis) Palmer, Emily (Kris) Perreault, Joey Palmer, Lester Swenson, Megan Stewart, Carissa and Benjamin Widseth, Hunter, Kimberly, and Katrina Hitchen; seventeen great-grandchilren; sisters, Ida (Paul) Martinson of Bemidji, MN, Maxine Sather of St. Paul, MN, and Joyce Johnson of St. Paul, MN; daughter-in-laws, Bonnie Palmer and Laurie Straw; sister-in-law, Jean Bakken, and many other nieces, nephews, relatives, and friends. She loved her dog, Taco and cat, Tommy very much. She is preceded in death by her parents, Oscar and Marvel Sather; mother and father-in-law, Alvin and Martha Palmer; sons, Kim and Danny; granddaughter, Tiffany Glass; sisters Gloria and Lorraine and many loved pets.

To order memorial trees or send flowers to the family in memory of Juneth Palmer, please visit our flower store.