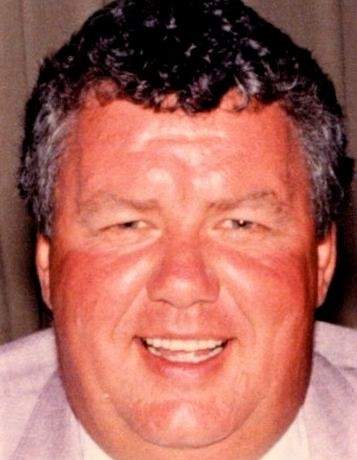 John “Jack” Ellsworth Robinson, 75, of Sugar Grove, IL, left this earth at 5:30 P.M., Sunday, March 13, 2022, at Amita Presence Mercy Medical Center in Aurora, IL. He and his loving family had been together battling his pancreatic cancer for many months.

Jack was born in Fargo, ND on October 5,1946 to Cyril and Grace (Vaughn) Robinson. The family lived in Valley City ND until Jack's freshman year of high school when they moved to Crookston MN. Jack was active in academics and sports and lettered in football and golf. After high school graduation he attended and graduated with a degree in Liberal Arts from the University of North Dakota where he was captain of the golf team his last three years. Jack also entered ROTC and upon graduation was deployed to Viet Nam as a Cadet 2nd Lieutenant. He returned stateside with the rank of lst Lieutenant. He received both Purple Heart and Bronze Star. Jack took his military career seriously and later became involved as a mentor and support person with the Veterans Administration.

In 1983, Jack met and married the love of his life, Lucy Florence. While living in Houston, Texas he worked for Tennant Co. Their son, Zackary John, entered their lives and became their focus. The family moved to Chicago in 1993, and not long after Jack founded International Floor Co. He had many passions, yet most important was coaching Pee Wee baseball and football for 20 years with the Tri City Chargers, where Zack, being a gifted athlete, played. It was a special time for the family. Another was hunting and fishing with his father and brothers, Jim and Jerry. Much time was spent at the family cabin on Lake of the Woods, MN. Jack continued to golf as long as his health allowed. When he struggled with health his faith became a huge support system. He was a devoted member of St. Patrick's Catholic Church in Yorkville.

He was preceded in death by his parents, Cy and Grace; brother, Jim; all grandparents; and some aunts, uncles and cousins. May God bless the memory of Jack Robinson

A Memorial Mass celebrating the life of John “Jack” Robinson will be held at 10:30 am, Saturday, April 23, 2022, at the Cathedral of the Immaculate Conception in Crookston with Father Pat Sullivan, presiding. Visitation with the family will be for one hour prior to the service and will also be livestreamed at www.crookstoncathedral.com by clicking on the prompt for Funerals to view. The graveside service at Calvary Cemetery, Crookston, will immediately follow with Military Honors provided by the Moorhead, MN National Guard Funeral Honors Team and the Crookston Veterans Council.

Messages of condolence may be sent to the family at www.stenshoelhouske.com

To order memorial trees or send flowers to the family in memory of John "Jack" Robinson, please visit our flower store.