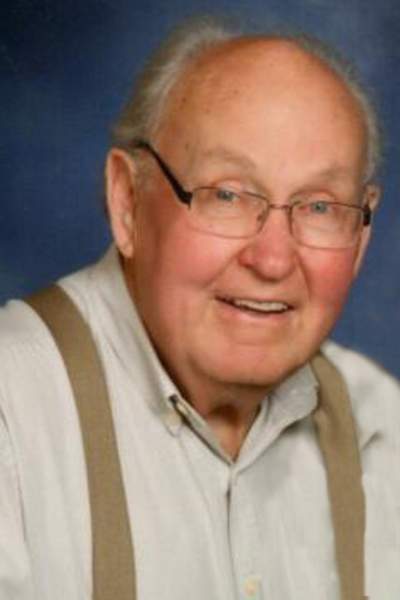 John Harley “Jack” Peterson passed away on January 21, 2019, at his home on Union Lake, near Erskine, MN.

Jack was born on October 7, 1933, in Grand Forks, ND, the son of Peter and Minnie Johnson Peterson.  At the age of 12, following the death of his mother, Jack went to live with his oldest brother, Orville, in Arizona and later Ohio.  He came to Crookston, MN, to visit his brother, Don, in 1954 and stayed; working as a meatcutter at the National Tea Grocery Store until 1958 when he went to work for Ade Ness at the Jack and Jill store.

Jack married Kathie Wavra on November 15, 1958, at St. Dorothy’s Church in Dorothy, MN, and the couple settled in Crookston.  In 1962, Jack purchased Crookston Cold Storage from Hans Vind and Charles Reppein and remained in business until 1975 when Urban Renewal took the block where it was located.  During those years, Jack was a member of the Cathedral of the Immaculate Conception, active in Knights of Columbus, Jaycees and other community activities. He was an early member of the Agassiz Riders Club.

In 1972, Jack and Kathie built a home three miles from Crookston, just off of Highway 2. They enjoyed snowmobiling and Jack raised Appaloosa horses and showed them in costume class. They also purchased space on Union Lake where Jack loved to fish and the family enjoyed water sports. After selling the Cold Storage, Jack went to work for Associated Plumbing and Heating, then the Super Valu Grocery store in Red Lake Falls, and in 1978 began selling farm equipment for Red River Distributing in Crookston. In 1989, he started working for Acme Electric, Tool Crib of the North, until his retirement in 1998. Jack loved his work and was a natural salesman. He put many miles on when selling Aladdin Pressure Washers for Acme. He had many stories and jokes to tell and always liked meeting new people. He especially loved children and playing his harmonica for them.

In 1997, they built a home on Union Lake and moved there during their retirement years. They were members of St. Lawrence Catholic Church in Mentor, active in church activities. Jack was a choir member and served as a Trustee during the planning and building of the new church in 2007. Through the years, they found time to travel, visiting each of the U.S. states, including Alaska and Hawaii, and visiting Mexico and Canada.

Jack will be remembered by all for his smile and good humor and his version of Donald Duck. May God bless his memory. Remember him with a smile or a chuckle.

There will be a Memorial Mass held at 11:00 a.m. with a visitation one hour prior to service on Saturday, February 9, 2019 at St. Lawrence Catholic Church in Mentor, MN. Burial will be held at a later date.

To order memorial trees or send flowers to the family in memory of John Peterson, please visit our flower store.