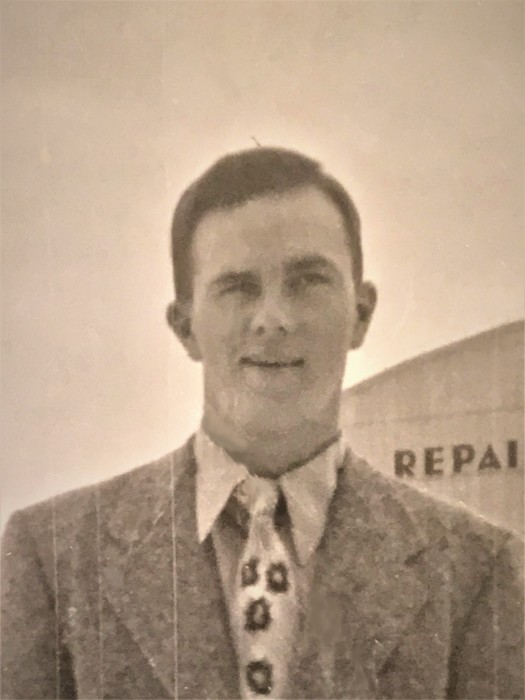 John "Jackie" Kunkel passed away peacefully, Monday December 11, 2017 at the Halstad Living Center and Heritage House after a short battle with liver cancer.  He was born September 19, 1931 and raised in the Nielsville area.  He was preceded in death by his parents Carl Kunkel and Gena (Gilbertson) Kunkel as well as his sister Donna Scanlon.  He joined the US Airforce in l951 and was honorably discharged in l954.  He served with the 814th Air Police Squadron and while in Korea  also functioned as a right side machine gun operator in B-29 bombers. Jackie was a life time member of VFW Post 1902.  Jackie lived his entire life in the Nielsville area.  He was employed as a farmhand, later operated a small gas/service station and eventually spent more that a decade employed as a coach bus driver.  He made multiple trips to both coasts driving for tour groups on trips that lasted up to eighteen days.  In his seventies and even into his eighties Jackie continued to work for local farmers hauling grain and sugar beets. Jackie was a very sociable person and loved to play cards and interact with all he came into contact with on a daily basis.  Many a waitress will remember his teasing and playful manner.  A gathering of family and friends to celebrate his life will be held at 10:00 am, December 29 2017 at the Halstad Living Center. Private burial will take place at a later date at St Petri Luther Cemetery in Nielsville.  At the family's request memorials should be to the Halstad Living Center and Heritage House.

To order memorial trees or send flowers to the family in memory of John Kunkel, please visit our flower store.