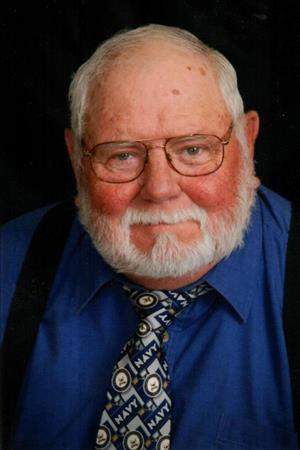 John Martin "Jack" Bratrud, 83, of Crookston, MN, died Saturday afternoon, August 27, 2016, at the Villa St. Vincent in Crookston with his family at his side. John was born in Crookston on October 1, 1932 to Norman and Lulu (Peltier) Bratrud. He attended Crookston schools before enlisting in the U.S. Navy on April 9, 1952. Much of John's tour of duty was spent on the east coast at the U.S. Naval Station, Newport, RI, and aboard the USS A. T. Harris. He was awarded the National Defense Service Medal and following his honorable discharge in March of 1956 he returned to Crookston. He remained committed to the Naval Reserve until 1962. While serving his country John earned his GED, and then furthered his education by training and studying refrigeration at the Wahpeton, ND State School of Science for two years from 1957 through 1958. On December 2, 1959 John was united in marriage to Patricia Lou Bock at Wilton, MN. John and Pat made their home in Crookston where they raised their three children: Martin, Karen, and Beth. John was employed by Crane Plumbing and Heating for most of his working career in a span covering twenty-six years. He then spent ten years as a custodian at Highland Middle School before retiring in 1998. He was a member of Our Savior's Lutheran Church, and held sixty-year membership in Nels T. Wold American Legion Post #20. John's favorite pastimes included fishing, hunting, woodworking, telling stories, and going to auctions. He enjoyed inventing, and fabricating replacement parts to give old things new life. Basically, John could fix, not just anything, but everything. He and Pat, and their growing family, enjoyed spending time together at Union Lake, and were very proud of their kids accomplishments and the joy of getting to know their grandkids. He will be very lovingly remembered and sadly missed. Grateful to have shared in his life is Pat, his beloved wife of fifty-six years; their three children: Martin (Sharon) Bratrud of Valley City, ND, Karen (Ruben) Marichalar of Baxter, MN, and Beth (Travis) Hoiseth of Gold River, CA; five grandchildren: Connor, Ethan, and Ashley Marichalar, Arie Bratrud, and Logan Hoiseth; three siblings: Jean (John) Thomforde, and Norma (Jim) Buckmiller of Crookston, MN, and Douglas (Mary) Bratrud of Erskine, MN; and many nieces, nephews, other relatives, and friends. He was preceded in death by his parents, Norman and Lulu of Crookston; parents-in-law, A. Arnold and Flora Bock of Puposky, MN; and a niece and nephew, Joan Mercil and Mark Menge. May God bless John's memory. A memorial service for John M. Bratrud will be held at 2:00pm, Friday, September 2, 2016, at the Stenshoel-Houske Funeral Home in Crookston with The Rev. Steve Bohler, officiating. Visitation will be for one hour prior to the service and military honors will be provided by the Crookston Veterans Council. Inurnment will be in the Oakdale Cemetery, Crookston.

To order memorial trees or send flowers to the family in memory of John Bratrud, please visit our flower store.