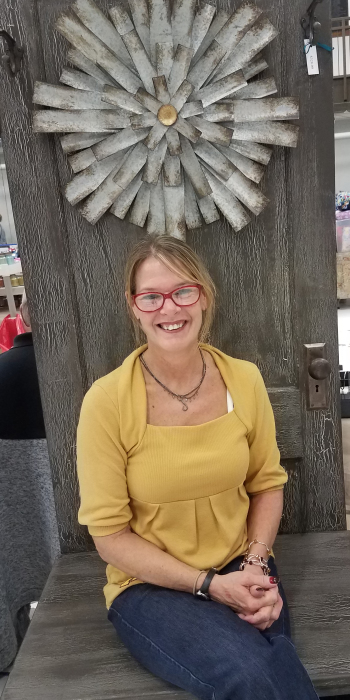 JoDee Anne Chouinard, age 51, of Crookston, MN, passed away unexpectedly in her sleep on March 24th, 2018

JoDee was born on May 9th, 1966 at St Joseph’s Hospital in St. Paul, MN.  She was baptized at St. Paul’s Catholic Church, attended Trinity Lutheran Church during her childhood and later became a member of the Cathedral of the Immaculate Conception.

JoDee grew up in Crookston, MN., attended Crookston Central High School with the class of 1985 and later and proudly graduated with her GED.  She also briefly attended and took classes at the University of Minnesota Crookston.

JoDee moved to the Minneapolis area, where she resided for many years and was united in marriage to Jay Amiot.  They welcomed the birth of their precious daughter Sarena Amiot.  JoDee moved back to Crookston to be closer to family and continued to raise her daughter.

It was in Crookston, where JoDee met the love of her life and life partner, Shawn Coauette.  Together they welcomed their beautiful son, Cade Coauette, and have been enjoying their lives together for the past 18 years.

JoDee loved and was very proud of her job at the University of Minnesota Crookston Food Service Department.  JoDee worked very hard and very passionately making each student and her co-workers feel special and with her positive personality, made each of their days brighter.

JoDee enjoyed gardening, shopping, baking, traveling and time spent with her family and friends.  But mostly she enjoyed the time she got to spend watching her children dance, their band concerts, wrestle, and play baseball and football.  She especially enjoyed her summers spent on Gull Lake with Shawn and Cade and her close camping friends.

JoDee had a special quality for listening and striking up conversations, a smile that could brighten any room and a hug that lasted a life time. She was greatly loved and will sorely missed by all of her family and friends.  May God bless her memory.

JoDee is survived by her life partner Shawn Coauette of 18 years; her daughter Sarena Amiot (26) of Denver, CO; and her son Cade Coauette (14) of Crookston, MN.  She is also survived by her parents, Doris and Russ Severson of Crookston, MN; brother Michael (Chanda) Anderson of Livingston, MN; sisters, Sondi Blee of Red Wing, MN, Jackie (Dustin) Lamppa of Moorhead, MN; in-laws Ronnie and Carol Coauette of Mentor, MN; and many nieces, nephews, cousins and friends.

A celebration of JoDee’s life will be held at Trinity Lutheran Church in Crookston, MN. at 2 pm on Monday April 2nd.  A one-hour visitation will be held prior.  Inurnment will be held on a later date.

To order memorial trees or send flowers to the family in memory of Jodee Chouinard, please visit our flower store.