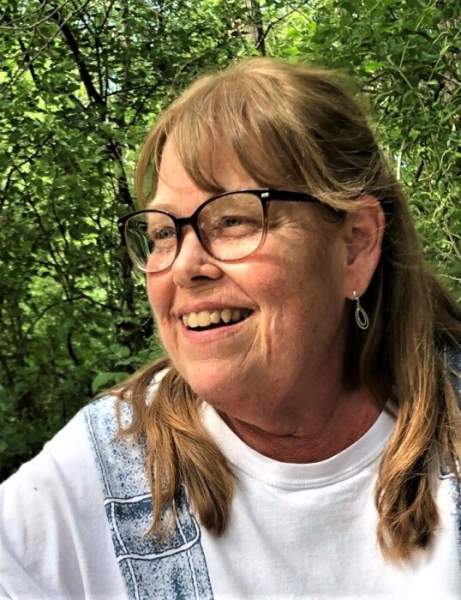 JoAnne Stainbrook Schroeder, 59, of Jamestown, ND, and a Crookston, MN native, passed away on Saturday, July 23, 2022, at Sanford Medical Center in Fargo with family at her side to comfort her. She had fought illness so hard for the last year and a half and literally to her very last breath.

JoAnne Marie Stainbrook was born on August 1, 1962 in Crookston MN, the third child of the union of Roger and Emily (Snyder) Stainbrook. JoAnne was baptized and confirmed at the Cathedral of the Immaculate Conception and was a 1980 graduate of Mount St. Benedict High School. In 1983 she moved to Colorado to pursue her love for dog grooming shortly after attending grooming school. Her son, Marcus, was born in Colorado. JoAnne would meet Harold Patton in 1992 and the two were soon united in marriage. In 1994 their daughter, Annabelle, was born. Following a move to Fargo, ND son, Andrew, was born in 1995. Throughout these years and long after, JoAnne continued her deep love for dog grooming and developed a love for cooking. While trying out new recipes and creating many of her own, nothing pleased JoAnne more than introducing them to her family and basking in their rave reviews! Thus inspired, her career as a cook began in the dietary departments of McKinley Elementary School in Fargo and later with Minnesota State University Moorhead.

In 2012 JoAnne met Lynn Schroeder and in 2013 they moved to a home in Jamestown that they built together over the years. All their hard work and effort created a place that JoAnne was so proud of and where she always wanted to be. JoAnne and Lynn were united in marriage in July of 2015. In Jamestown she continued to work as a cook at Washington Elementary School and then for the Nursing Home of Ave Maria Village, until retiring a year ago due to ill health. During all these years, whether in Colorado, Fargo-Moorhead, or Jamestown, JoAnne continued to devote as much time as possible to her love for dog grooming.

JoAnne’s passion was spending time in her flower gardens while enjoying the company of birds that ‘visited’ her. She was known for her “green thumb” and her ability to revive failing plants and flowers, restoring their natural beauty. For JoAnne her most important roles in life were those of devoted wife and mom, and as a grandma who was second to none when it came to spoiling her grandkids. At times she could be stubborn and a bit bossy, but what rose above all else was her strength, generosity, patience, contagious smile, and endless love for her family.

JoAnne is lovingly survived by Lynn, her husband of 7 years; 3 children and 5 grandchildren: Marcus Stainbrook of FL and his children: Jeremiah, Zander, Daxton, and Phoenix; Annabelle Patton of West Fargo, ND and her daughter, AnnaLeigh Marie; and Andrew Patton (Megan Borowicz) of Crookston, MN; 3 sisters and brothers-in-law: Laurie and Ranse Awender of Crookston, Diane and Jim Onken of Eagle Lake, MN, and Kay and Keith “Chumbley” Oien of Crookston; brothers-in-law and sisters-in-law: LuVerne Jarski and Cecelia Glinz of Jamestown, ND, and Loren and Peggy Schroeder of Gackle, ND; and many aunts, uncles, nieces, nephews, cousins, extended family, and friends. She was preceded in death by her parents: Roger and Emily Stainbrook; brother, John Stainbrook; Melburn Patton; and Kala Bercier.

From her family, “She flew to heaven on the wings of angels, beyond the clouds and stars to where no one sees; and now walks with Jesus, while being reunited with loved ones who awaited her. We know she is smiling and telling us, Don’t worry about me, for now I’m free.”  May God bless the memory of JoAnne Marie Stainbrook Schroeder.

A private family Mass will be held at the Cathedral of the Immaculate Conception. Burial will take place at the Calvary Cemetery in Crookston.

To order memorial trees or send flowers to the family in memory of JoAnne Schroeder, please visit our flower store.