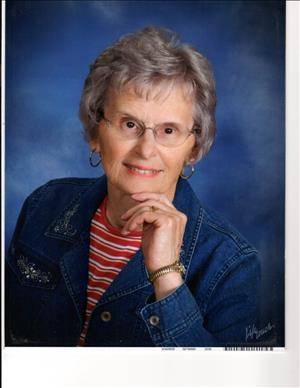 Joan Salentine Amiot, 78, of Crookston, MN, died Tuesday morning, July 12, 2016, at the Villa St. Vincent in Crookston. Joan Patricia Neururer was born on March 17, 1938 in Gould Township of Cass County, near Federal Dam, MN, to Joseph Peter and Anna Veronica (Nistler) Neururer. She was baptized and confirmed in the Catholic faith and graduated from High School at Boy River, MN in 1956. Joan then attended the Area Vocational School in Thief River Falls, MN and became a licensed cosmetologist. On April 23, 1960 she was united in marriage to Francis C. Salentine at Federal Dam. Joan and Frank lived and farmed near Euclid, MN and their union was blessed with four children: Cathy, Teri, Ron, and David. Sadly, Frank passed away on April 20, 1978, leaving Joan to raise her children, which she did while remaining on the farm. Joan was a member of St. Mary's parish at Euclid, and a member of the Ladies Guild. She also served as treasurer for Belgium Township for fourteen years, and belonged to Homemakers and Birthday Clubs. After David graduated from high school, and Ron took over the farm, Joan met Patrick "Pat" Amiot of Crookston and the two were married at St. Mary's Catholic Church in Euclid on October 30, 1992. While making their home in Crookston they were both very active members of the Cathedral of the Immaculate Conception where they served as Oblates of the Order of St. Benedict and as ushers for Masses and funerals for many years. Pat passed away on April 14, 2011. Joan continued to give of her time and talents at the Cathedral, Mount St. Benedict, and with the RiverView Hospital Auxiliary. Joan's family adored her and she was as selfless and giving of her love and nurturing as a mother and grandmother could ever be. She enjoyed sewing and made each of her grandchildren a special graduation blanket of their very own to treasure and remember her by. Joan is survived by a large and loving family including her 4 children: Cathy (Floyd) Helgoe of Cavalier, ND, Teri (Rick) Chandler of Mankato, MN, Ron (Paula) Salentine of Euclid, MN, and David Salentine (Shea Conley) of Crookston, MN; 4 step-children: Jerry Amiot, Tom Amiot of Crookston, Joyce (Ron) Heidmann of Grand Forks, ND, and Ron (Diane) Amiot of Crookston; 20 grandchildren: Chris (Kari) Helgoe, Cory (Joe Newton) Helgoe, Kelley VandePeer, MacKenzie, Casey, Leighanna, and Shelby Helgoe, Nathan (Whitney) Chandler, Ashley (Matthew) Robinson, Krystal (Andrew) Miller, Aubrey (Jacob) Barney, Luke Schulz, Nick, Jake, and Maddi Salentine, Alan Mart, and Parker, Cade, Leyton, and Libby Salentine; 13 great grandchildren; 4 step-grandchildren and several step great-grandchildren; 3 siblings: Anna (Bob) Archer of Remer, MN, Tony (Betty) Neururer of Ely, MN, and Joan's twin sister, Jean Nelson of Ely; a sister-in-law, Gen Neururer of Minnetonka, MN; and many nieces, nephews, cousins, and extended family. In addition to her first husband, Frank, and second husband, Pat. Joan is preceded in death by her parents, Joseph and Anna Neururer; brothers, Joseph and Jim Neururer; and several sisters-in-law and brothers-in-law. May God richly bless the memory of Joan Salentine Amiot. Mass of Christian Burial for Joan Salentine Amiot will be celebrated at 10:30am, Monday, July 18, 2016, at the Cathedral of the Immaculate Conception in Crookston with The Rev. Vincent Miller, presiding. Visitation will be at the Cathedral on Sunday from 5-7:00pm, with a prayer service at 7:00pm, and visitation also at the church for one hour before the funeral. Interment will be in the Calvary Cemetery in Crookston. (Online registry: www.stenshoelhouske.com )

To order memorial trees or send flowers to the family in memory of Joan Amiot, please visit our flower store.