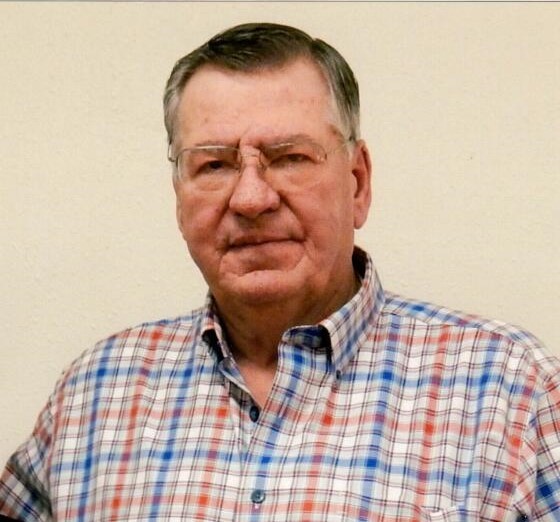 Jimmie Charles “JC” Coauette, 71, of Crookston, MN, passed away Tuesday afternoon, July 24, 2018, at LakeWood Health in Baudette, MN. Jimmie had been spending a few days at the family’s lake place at Ballard’s Resort when he died unexpectedly of natural causes.

JC was born in Crookston on April 7, 1947, the youngest of two sons of the union of Lloyd and Edith (Larson) Coauette. He grew up on the family farm in Andover township, and began his education in the Crookston Public Schools. JC later attended high school at the Northwest School of Agriculture where he was a stellar player and team captain for the Aggie basketball team, coached by Herschel Lysaker. After graduation in 1965 he worked on the farm with his father and for American Crystal that first winter. JC enlisted in the US Navy on January 11, 1966 and served with the Seabees, Amphibious Construction Battalion Two, in VietNam. In recognition of his service to his country a grateful nation awarded him the National Defense Service Medal, the VietNam Service Medal, and the VietNam Campaign Medal. While home on leave JC was united in marriage to Shirley Ann Doda on November 4, 1967 at St. Anne’s Catholic Church in Crookston. At that time JC was stationed at the Norfolk, VA Naval Station and Shirley was able to join him there. Following his honorable discharge on September 19, 1969 with the rank of Steelworker Petty Officer 3rd Class. The couple returned to Crookston and purchased a home that was owned by Shirley’s parents, Steve and Vi Doda, and which continues to be their home  to the present time. JC attended the University of Minnesota-Crookston, before going to work at D & B Freight Sales, and then for Jiffy Fry. In the spring of 1970 he began farming with his father, eventually taking over the operation. Being a good steward of the land was very important to JC, and was a lesson instilled in him by his father. He retired from farming in the spring of 2009.

‘Work hard, play hard’ was JC’s motto and his passions in life were centered on his family, farming, the flag, fishing, and friends. He was an avid fisherman, spending summers on the water, mostly at Lake of the Woods where he was known as the “jigmaster.” During those earlier years winters meant snowmobiling and ice fishing, and JC took great pride in designing and building ice houses for others that could be pulled onto the lake by a snowmobile. Many memories were made during the fall months, especially pheasant hunting with his dog “Taylor” who JC trained to become a great birder. They were the best of pals and enjoyed making trips to the Dairy Queen for ice cream. Deer hunting with family and friends was a ritual, and JC never forgot how great it was to be with his grandson, Ethan, when he got his first deer. Eventually he gave up ice fishing for hockey. That occurred when Ethan first began playing as a mite for Thief River Falls and rapidly progressed up through the ranks. A few years later granddaughter, Kate, also took up the game and proved to be very talented as well, playing first for Thief River Falls and now for the East Grand Forks Green Wave. JC and Shirley put on thousands of miles proudly watching their grandkids play both hockey and tennis. They never missed any of Ethan’s high school hockey games as a TRF Prowler, where he earned many honors for his exceptional talent, nor after graduation as he went on to play junior hockey these past two seasons for the Waterloo Blackhawks. Where else would JC and Shirley celebrate their 50th wedding anniversary last November but at Scheel’s Arena in Fargo when Ethan’s Waterloo Blackhawks were in the city to take on the Fargo Force. They were featured on the big screen in the arena during the evening and both agreed that it was a night to remember. JC loved his country and the flag and was very proud of his Navy service. He was a lifetime member of Crookston VFW Post 1902 and had been very active with the Post’s Drill Team as they took part in many events over the years. He also held membership in Fisher (MN) American Legion Post 242 and was a former member of Crookston American Legion Post 20 and the Crookston Elks Lodge. JC enjoyed spending time in his garage tinkering. It was also where he kept his prized pool table, which made his garage the hangout for his many friends. For the past 28 years he devoted countless hours to organizing and playing in the VFW-“J.C.” Annual Pool Tournament held in Crookston. It was a great time and attracted many entrants from throughout the area. He never tired of watching western movies, especially those of his favorite cowboy, John Wayne. JC enjoyed being with family and friends and was always there to help others when needed. Time spent together at the lake was very special, including his memories of teaching Kate to drive there. He was loved beyond words and will be missed beyond measure. Blessed be the memory of Jimmie “JC” Coauette.

JC is survived by his beloved wife and best friend of fifty years, Shirley; their daughter: Kristin (Johnson) Pearcy of East Grand Forks, MN and formerly of Thief River Falls, MN; two grandchildren, Ethan Johnson, who will be attending Mercyhurst University in Erie, PA and playing D-1 hockey, and Kate Johnson, a student at East Grand Forks Middle School; brother, Rodger Coauette of Fisher, MN; mother-in-law, Vi Doda of Crookston, MN; sister-in-law and brother-in-law, Sharon and Tim Poucher of Minong, WI; and many nieces, nephews, and cousins. He was preceded in death by his parents, Lloyd and Edith Coauette; father-in-law, Steve Doda; and aunts and uncles.

Mass of Christian Burial for JC will be held at 2:00pm, Monday, July 30, 2018, at the Cathedral of the Immaculate Conception in Crookston. Visitation will be at the church from 12 Noon until the time of the funeral. Military Honors will be provided by the US Navy Honors Unit from Minneapolis. Inurnment will take place at a later date. The Stenshoel-Houske Funeral Home, Crookston, is assisting with funeral arrangements.

To order memorial trees or send flowers to the family in memory of Jimmie Coauette, please visit our flower store.