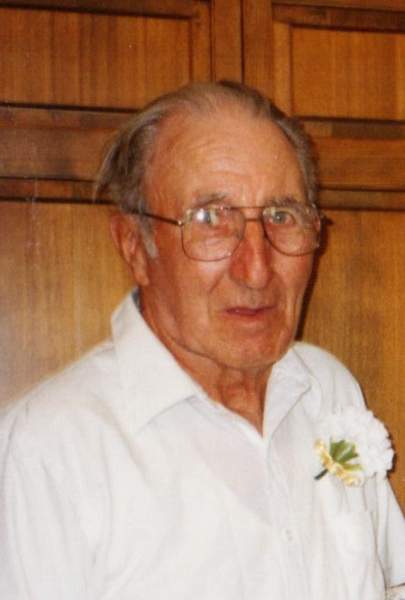 Jesse Lee Laughery, age 92, of Crookston, MN, passed away on Sunday, October 18, 2020, at the Sanford Medical Center on Broadway in Fargo, ND.

Jesse was born on October 11, 1928, in Orr, ND, the son of the late Charles and Rectina Jane (McCoy) Laughery.  He grew up in Grygla, MN, and attended Spurs Grove School.  He worked with his father on their cattle farm until he enlisted in the United States Marine Corps in 1951.  On August 27, 1952, he was married to MaryJane Lee at Wesley United Methodist Church in Crookston, MN, and they made their home in Gentily, MN.  He was honorably discharged from the Marines in 1953.  He then worked for various area farmers; Brekken, Boucher, and Abrams.  In 1955 the family moved to Crookston, MN, and he started moving houses with Ren Amiot until 1985.  He also worked for the Parks and Recreation Department in Crookston.  He was a longtime member of Our Savior’s Lutheran Church in Crookston and in his free time he liked to read, keep busy on his phone, visit with people, watch Westerns, All-Star Wrestling, and animal shows, play cards, and do puzzles.  He would also go deer hunting with friends and relatives and especially enjoyed being outside in the spring and summer weather.

The family would like to extend a special thank you to the nurses and staff at the Sanford Medical Center on Broadway in Fargo, ND, for their excellent care and compassion during this time.

In lieu of flowers memorials are preferred.

Funeral Service for Jesse will be held at 1:00 pm on Tuesday, October 27, 2020, at Our Savior’s Lutheran Church in Crookston, MN, with a visitation for one hour before.  Attendance at the funeral service will be limited to 125 people and masks and social distancing will be required.  Visitation will also be on Monday, October 26, 2020, at Stenshoel-Houske Funeral Home in Crookston, MN, on Monday, October 26, 2020, from 5:00 pm to 7:00 pm, with a Prayer Service at 7:00 pm.  Attendance at the visitation and prayer service is limited to 75 people.  Pastor Steve Bohler will be officiating.  Interment will take place at Oakdale Cemetery in Crookston, MN, immediately following the funeral service.

The funeral service will be live streamed on Jesse’s obituary page at www.stenshoelhouske.com

To order memorial trees or send flowers to the family in memory of Jesse Laughery, please visit our flower store.