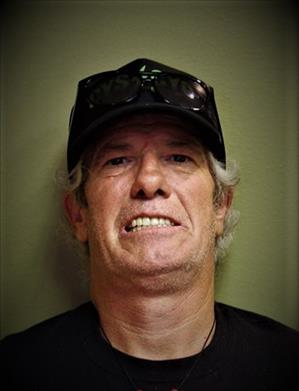 Jeffrey was born on February 27, 1962, in Centerville, IL. He was one of four children of Patricia Travers. While living in Centerville, he obtained his GED before moving to San Antonio, TX. While living in San Antonio he was employed by several restaurants in the food industry, including, McDonald's and Lorenzo's Italian Restaurant. He also was a team leader for Family Endeavors, an outreach program focused on programs and services in support of children, families, Veterans and those struggling with mental illness. In addition, Jeffrey was a part of many local groups and churches in the San Antonio area, including, Travis Park United Methodist Church, NAMI Texas, and San Antonio Clubhouse, a non-profit organization. He would then meet and marry his best friend, and love of his life, Marie (Desrosier) Travers, and call Crookston, MN, home, where they both attended First Assembly of God Church. Jeffrey had many hobbies, some of which included, music (particularly Elvis Presley), movies, traveling, and both telling and hearing jokes. He could often be heard saying his favorite quote, "A penny earned, is a penny saved!" He was an avid sports fan and loved watching the San Antonio Spurs, Houston Astros, and especially, the St. Louis Cardinals. However Jeffrey's favorite passion was spending time with his wife Marie, where the two made memories that will last forever.

Jeffrey is survived by his beloved wife, Marie, of Crookston MN; his mother, Patricia Travers, and sisters, Marian and Mary-Jo. He was preceded in death by his father and brother. A memorial service for Jeffrey Mark Travers will be held at 2PM, Tuesday, June 13, 2017, at the First Assembly of God Church in Crookston with Pastor Bill Humiston presiding. Visitation with the family will be for one hour prior to the service, with burial following services at Oakdale Cemetery, in Crookston, MN. Marie, family, and friends, would like to send a special thanks to the Mayo Clinic Staff, Clergy, and the No One Dies Alone organization, for their support and care. In lieu of flowers memorials may be given to the family.

Visitation with family one hour prior to service

To order memorial trees or send flowers to the family in memory of Jeffrey Travers, please visit our flower store.