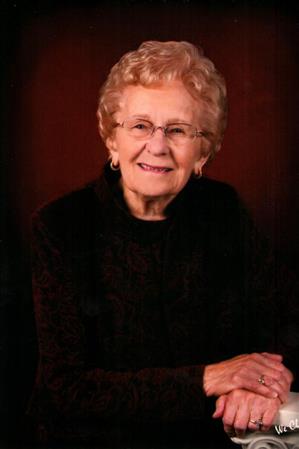 Jean Kathleen Solheim, 88, of Crookston, MN passed away on August 20, 2016 at Riverview Hospital surrounded by her family. Jean was born on November 13, 1927, the daughter of Frank and Una (Briden) DeBoer. She grew up on a farm east of Crookston with her four siblings. She attended Crookston schools throughout her education and graduated from Crookston Central High School in 1945. On December 8, 1946, Jean married Everett Solheim. They resided on a farm east of Crookston, where they raised their five children. They raised beef cattle and farmed until 1981 when Everett became ill, and at which time their son Elliott took over the farming operation. Jean then became the caregiver for Everett and cared for him with the utmost dignity and love until his passing in 1997. Jean and Everett celebrated their golden wedding anniversary in 1996. Everett and Jean moved off of the family farm in 1989 and moved into Crookston. Jean lived in her own home until 2011, when she moved into the Assisted Living Center at the Villa St. Vincent in Crookston. In 2013, she was transferred to the Memory Care Unit at the Villa, where she was well cared for until her passing. Jean was a homemaker working hard to provide meals to the men working in the fields, keeping her lawn, garden and flowers in flawless shape, raising her five children and supporting Everett. Jean was known for her strength, patience, hard-work ethic and her limitless love and kindness that was evident with everyone she encountered. Everett and Jean helped start the Crookston Agro Boosters and were active in the Crookston Hockey Boosters and in the Agassiz Riders Inc. She was a member of Our Savior's Lutheran Church, Afternoon Guild, Martha Bible Study and Sewing Group. She was also an active member in the Riverview Auxiliary Nursing Home Guild, East Fairfax Homemakers Club and Four Corners 4H Club. She loved being with her family and her many interests included birds, flowers, and being a caregiver. Jean is survived by her daughter Janet Solheim of Fargo, ND; JoAnn and Scott McFarlin of Mentor, MN; Julie and Paul Hagen of Dayton, KY; Elliott and Michelle Solheim of Crookston, MN and Janelle and Joseph Coop of Estes Park, CO; 14 grandchildren and 22 great-grandchildren and 2 great-great grandchildren; her sister-in-law Clarice DeBoer, her sister Pearl Radi, her brother and sister-in-law Francis and Colene DeBoer and her sister Vivian Berg; and many nieces, nephews and other relatives. She was preceded in death by her parents, her husband Everett and her brother Claire DeBoer. There will be a visitation from 5-7 p.m., with a prayer service at 7 p.m. on Tuesday, August 23, 2016 at Stenshoel-Houske Funeral Home in Crookston, MN. The funeral service will be held at 10:30 a.m., with a visitation one hour prior to service on Wednesday, August 24, 2016 at Our Savior's Lutheran Church in Crookston, MN. Interment will be at Oakdale Cemetery. In lieu of flowers, donations can be made in Jean's honor to the Villa St. Vincent, Riverview Foundation or Our Savior's Lutheran Church.

To order memorial trees or send flowers to the family in memory of Jean Solheim, please visit our flower store.