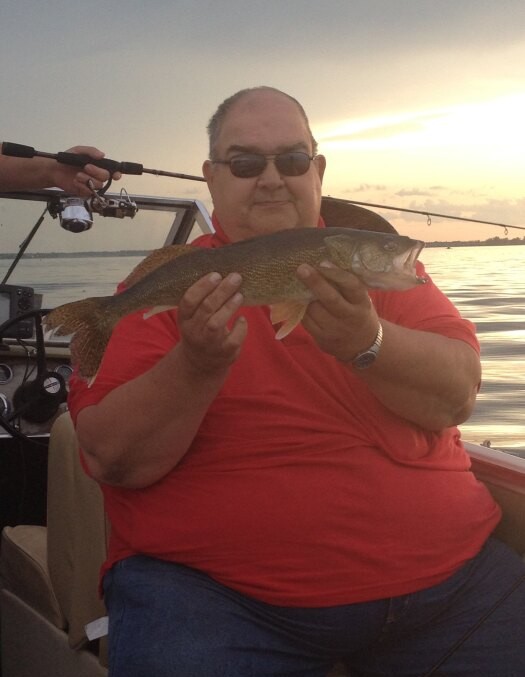 James Leo Wallace (Sarge), 73, passed away on December 6, 2021. Jim was born on March 19, 1948 to Earl and Harriet Wallace. He was raised on their farm in Euclid with his six siblings. He attended grade school in Euclid with many very dear, life-long friends, followed by the Northwest School of Agriculture in Crookston where he played football and wrestled; sports that he passed on to his sons and grandson. He continued to farm most of his life with his brother, Ken. Jim married the love of his life, Mary Jo Coauette, on June 14, 1975. They had four children who were raised a mile from his family farm in Euclid. Jim’s family was his pride and joy. Between his work on the farm, driving truck for Keith Brown Trucking and working on a neighbor’s farm in his retirement, you could find him cheering on his children and grandchildren in their sports, feeding his birds, or woodworking in his basement. His favorite vacations included fishing with family and friends each year at Lake of the Woods.

The Memorial Mass for James Leo “Jim” Wallace will be held at 11:00 a.m., Saturday, December 11, 2021, in St. Mary’s Catholic Church, Euclid, MN with Father Xavier Ilango, presiding. Visitation with the family will be in the Stenshoel-Houske Funeral Home, Crookston, on Friday, December 10th, from 5-7:00 p.m., with a prayer service at 7:00 p.m., and visitation will continue at the Church on Saturday for one hour prior to the Mass. The Mass and Prayer Service will both be livestreamed by going to Jim’s obituary page at www.stenshoelhouske.com 10 minutes before the scheduled starts and clicking on the prompt to view.

To order memorial trees or send flowers to the family in memory of James Wallace, please visit our flower store.