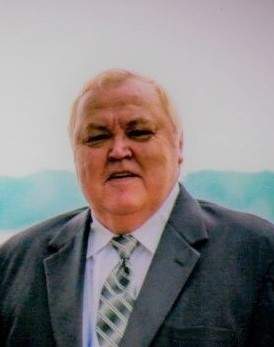 James Raymond Sannes, 70, of Crookston, MN, passed away in his residence, of natural causes, Friday, March 2, 2018. Jimmy, as he was always known to his family and friends, was born in Crookston on April 1, 1947; one of four children of the union of Charles and Bernice (King) Sannes. He was raised in Crookston and Bemidji, MN, baptized and confirmed in the Lutheran faith, and educated in Crookston and Bemidji schools through his sophomore year. In 1963 he moved with his family to Santa Ana, CA where he graduated from Santa Ana High School in 1965. Jimmy began working for the U.S. Postal Service in Santa Ana before moving back to Crookston several years later to work in the local Post Office. He soon met Therese Kay Burley and the two were united in marriage on June 7, 1975 in Argusville, ND. They would become the proud parents of a daughter and son, Ashlee and Shane. After living in Grand Forks, ND for 4 years the couple moved to San Diego County, CA and then to Santee, CA, while Jimmy was once again employed by USPS there. In 1992 he retired and he, Terry, and the kids moved back to the area, settling in Bemidji. He came to Crookston in 1999.

Jimmy was an avid outdoorsman who loved to fish and hunt, and at the time of his passing had been planning a fishing outing with family for the coming summer. Jimmy was extremely passionate about his favorite sport, GOLF! Considered by his fellow golfers at Minakwa Country Club in Crookston to be the best putter around, he also excelled from the tee box and fairways. He greatly enjoyed league and tournament competition and was especially proud to be a former Minakwa Club Champion. He looked forward to seeing or talking on the phone with his kids and their families, and kept in close touch with his brother and sisters.

Jimmy will be very lovingly remembered and sadly missed by his daughter, Ashlee Sannes Johnson of Clayton, NY; son and daughter-in-law, Shane and Kiera Sannes of Lake Park, MN; 5 grandchildren: Kaylee, Wyatt, and Lucy Johnson, and Amaya and Ashlyn Sannes; 3 siblings: Patricia Sannes of Crookston, MN, Gary Sannes of Fertile, MN, and Liza Timm of Struthers, OH; 3 nieces and a nephew: Brittany, Brooke, Ali, and Garrick Timm;  3 great-nieces and 2 great-nephews, Christian, Zoey, and Teagan Timm and Madyson and Noah Duran; and other family members. He was preceded in death by his parents, Chuck and Bernice Sannes; and grandparents: Martin and Belle Sannes, and George and Lillie King. Blessed be the memory of James Raymond Sannes.

A funeral service celebrating the life of Jimmy Sannes will be held at 11:00 a.m., Monday, April 16, 2018, at the Stenshoel-Houske Funeral Home in Crookston, MN with The Rev. Greg Isaacson, officiating. Visitation with the family will be from 10-11:00 a.m. Interment will take place in the Pleasant Hill Cemetery, Fertile, MN, following the funeral.

To order memorial trees or send flowers to the family in memory of James Sannes, please visit our flower store.