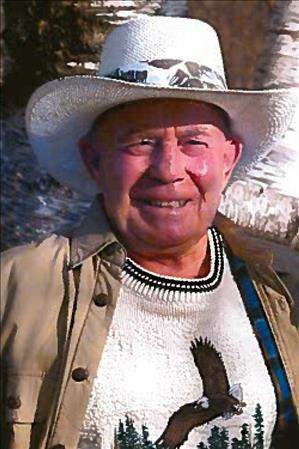 James "Jim" Merrill Kaiser, 84, of Crookston, MN, passed away in his home on Tuesday, August 16, 2016 after a short battle with cancer. Jim was born January 19, 1932 to Frank and Stella (Perreault) Kaiser. He attended Crookston schools and obtained his GED in 1973. He joined the Army in January of 1953 and Served in the Korean War until he was honorable discharged in November of 1954. Jim married RaeDell Dargan in Fertile, Minnesota on May 3, 1958. They had two sons, Mickey and Gary and they raised their children in Crookston, MN. Jim worked at the Bridgeman Creamery, Jiffy Fry, Crookston Marine. In 1963 Jim joined the facilities management staff in the custodial area at was then the Northwest School of Agriculture. Jim was at UMC for 41 years until his retirement in 2004. He was a certified auto and diesel mechanic and operated Kaiser Repair Shop out of his garage.

Jim could fix any small engine and spent many hours in his shop working on snowmobiles, snowblowers and lawn mowers. He was a member of the Crookston VFW, Eagles and Legion, and he was given the Distinguished Veterans' Recognition Award at UMC on August 6, 2013. Jim was an avid fisherman. He and RaeDell spent many summers at the lakes in the Bemidji area in their camper, fishing and spending time with their lake friends. Jim also loved spending time with his grandchildren and teaching them to fish. Jim had great pride in his grandkids and loved following them in the sports they were involved in such as hockey and soccer. Jim is survived by his sons, Mickey (Brenda) Kaiser of Crookston, MN, and Gary Kaiser of Crookston, MN; grandchildren, Derek Kaiser of Minneapolis, MN, Shannon Kaiser of Jamestown, ND, and Christopher (Angie) Kaiser of East Grand Forks, MN; brothers, Duaine Kaiser, Sr. of Crookston, MN, Allan "Pete" (Marcy) Kaiser of Centennial, CO; Myron "Caesar" (Suzie) Kaiser of Crookston, MN; sister, Rozzie (Paul) Arness of King City, CA; and Dennis Kaiser of Thief River Falls, MN and many nieces, nephews, and other relatives. He is preceded in death by his wife of 57 years, RaeDell, who sadly passed away on September 25, 2015; parents, Frank and Stella; brother, Gene Kaiser; and sister-in-law, Nonie Kaiser.

Visitation only. No service.

To order memorial trees or send flowers to the family in memory of James Kaiser, please visit our flower store.