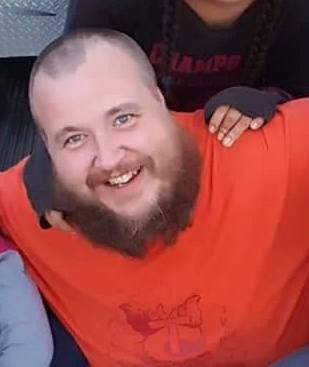 Jake was born on July 23, 1983, in Crookston, MN, the son of Scott and Jolanda (Landby) Anderson.  As a child he moved around Minnesota living and attending school in Crookston, Warroad, Walker, and Fosston.  He finally got his GED and scored one of the highest scores in Minnesota.  He then worked for Marvin Windows in Warroad for 3 years before transferring to Fargo to work for Tecton Products for 2 years.  Throughout everything he off and on delivered pizzas for Dominos.  Jake put his life on hold for a while to take care of his father until his passing in 2012 due to ALS.  After his dad’s passing, he took the US Postal Exam and went to work for the US Postal Service in the Crookston area.

Jake believed fully that everyone should be able to live the life they wanted.  He was a devoted Juggalo and follower of Insane Clown Posse.  He would often go to the Gathering of the Juggalos in Ohio and was even asked to be part of security the last time he was there.  He was a big man with an even bigger heart and would give you the shirt off his back even if it was the last thing he had.

In lieu of flowers memorials may be sent to the Minnesota State ALS Foundation.

A memorial service will be held for Jacob at St. Paul’s Lutheran Church in Crookston, MN, at 2 pm on Tuesday, October 22, 2019.  There will be a visitation starting at 12:30 pm.  Inurnment will be at Silent City Cemetery in Roosevelt, MN, at a later date.

To order memorial trees or send flowers to the family in memory of Jacob Anderson, please visit our flower store.