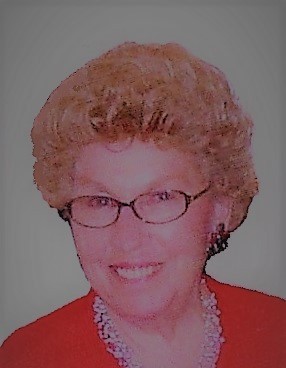 Irene Elizabeth Gruhot was born on June 18, 1926 at Warren, MN, one of 6 children of the union of Stanley and Lucille (Kasprowicz) Gruhot. She was baptized and confirmed in the Catholic faith, grew up on the family farm, and received her early years of education at a nearby one-room country school. Irene’s high school years were spent in Crookston, where she graduated from the Northwest School of Agriculture, known as The AC, in 1944. She later met a young man named Louis Capistran at a country dance and love blossomed. When Louis was home on leave from the Army they were united in marriage at Argyle in October of 1945. Irene was soon able to join Louis at the base where he was stationed in New Jersey. Daughter, Marilyn, was born there. After his honorable discharge they returned home to farm near Stephen, MN. Son, Vernon, was born at this time. Sadly, Louis passed away on August 7, 1950.

Together with her 2 young children, Irene moved to Crookston and began working as a Nurse’s Aide at St. Francis Hospital. During this time she enjoyed the support of many friends and led an active social life that included going to local dances. Irene married John J. Burke at Crookston on July 29, 1964 and the newly formed family lived and farmed near Beltrami, MN. During these years Irene would work right alongside John while also being employed by Jiffy Fry and American Crystal Sugar in Crookston. In the early 1970’s they moved into Crookston while John continued to farm. Spending summers making memories at their cabin on Maple Lake, near Mentor, MN, was especially enjoyable for the whole family. John passed away on November 5, 1990.

Irene and her sisters, Delores and Theresa, devoted themselves to caring for their mother, Lucille. Irene later served as a volunteer on behalf of the River View Nursing Home to chaperone senior citizen bus trips to area places and events. Throughout her life she enjoyed being outdoors and was equally as comfortable whether climbing up onto a combine to harvest the crops or hopping on her mower to cut the grass. She was a longtime member of the Cathedral of the Immaculate Conception and the St. Anthony Circle. In December of 2016 Irene moved from her home to the Summit Apartments of Villa St. Vincent. There she enjoyed the faithful friendships of her many friends and the kindnesses of the caregivers of the Villa and Summit. Irene will be very lovingly remembered and sadly missed by all who were part of her life.

A private Memorial Mass for Irene Elizabeth Burke will be held. Interment will take place in the St. Rose of Lima Cemetery in Argyle, MN in the spring. The Stenshoel-Houske Funeral Home is assisting with funeral arrangements.

To order memorial trees or send flowers to the family in memory of Irene Burke, please visit our flower store.