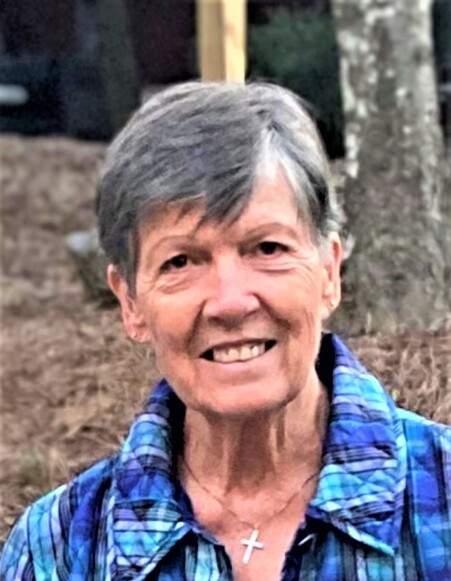 The graveside service for Helga Fellwock originally scheduled for Tuesday, May 17th at 2:00pm at the First English Lutheran Cemetery at Eldred, MN has been postponed until 10:30am, Saturday, June 18, 2022.

HELGA METZGER (LAFALETTE) FELLWOCK, 77, died peacefully at home with her family by her side on April 22, 2022. Helga was born at Bolelauz, Czechoslovakia on March 5, 1945. She was the daughter of Theodor and Lilli Metzger. She was baptized and confirmed in the Lutheran faith. She immigrated with her family to Melvin Station near Fertile, Minnesota in 1956. She graduated from Crookston High School in 1963. Followed by and graduating from Aaker Business College in Grand Forks, ND. She married James Lafalette on May 23, 1964. They moved to Colorado in 1966. Their union was blessed with two children: daughter, Jackie Lynn and son, James Theodor (Teddy). She began her career as a Letter Carrier with the US Postal Service in Broomfield, CO until 1986 when they moved to Arkansas where she continued delivering mail. She retired from the US Postal Service after 32 years. She was an avid gardener, seamstress, church volunteer and LWML member where she made dozens of quilts and backpacks for mission projects. She also volunteered with Peachtree Hospice, Habitat for Humanity and Disaster Response Team. She enjoyed spending time with her children and grandchildren. In 2011, she married Louis Fellwock and moved to Ft. Smith, AR.

Funeral service for Helga will be held at Immanuel Lutheran Church, Carlsbad, NM on April 29, 2022 at 6 pm, preceded by a viewing at 5 pm. A graveside service for Helga will be held at the First English Lutheran Cemetery, Eldred, MN, at 10:30 am, Saturday, June 18, 2022, with The Rev. Steve Bohler, officiating. In lieu of flowers, donations can be made to First Lutheran Church LWML, Ft. Smith, AR.

To order memorial trees or send flowers to the family in memory of Helga Fellwock, please visit our flower store.