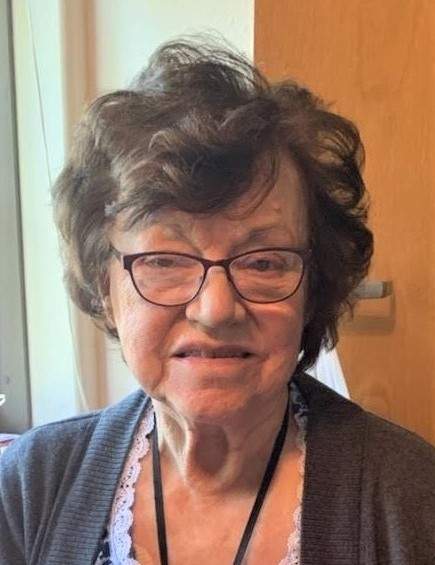 On September 20, 1939, Helen was born at Crookston to Jesse Sr. and Evelina (Zhorela) Casavan. She grew up near Red Lake Falls and was baptized and confirmed at St. Dorothy’s Catholic Church, and attended St. Joseph’s School in Red Lake Falls, MN. Helen was united in marriage to the love of her life, Kenneth C. Wavra, on August 24, 1957. The couple made their home in Red Lake Falls for a year before moving to Crookston. Together they raised eight children- Debbie, Mark, Tim, Vicki, Brenda, Denise, Barry, and Tammy in a very loving home. After moving to Crookston, Helen worked in the cafeteria at American Crystal Sugar before taking some time off to raise her children. In 1962 Kenny and Helen purchased farmland in Louisville Township of Red Lake County, where they grew small grains. She later did day-care from her home before becoming employed in the Cathedral School kitchen and then with the local Sweetheart Bakery store. Helen and Kenny retired from both their respective jobs and also their farming operation in 1997.

Helen was a long-time member of the Cathedral of the Immaculate Conception, where she enjoyed volunteering her time for whatever needed doing. She and Kenny loved spending time with the children and their families, and nothing compared to the cakes Grandma Helen would bake for everyone’s birthday and special events. They were the best! Many precious memories were built around going camping, fishing trips to Lake of the Woods, and playing cards with family and friends. Helen enjoyed the special times she and Kenny would quietly share as they tended their garden, then canning the fruits of their labor for everyone to enjoy.

Sadly, Kenny passed away quite suddenly and unexpectedly on August 30, 2010, and several years earlier daughter, Brenda Joy, who had moved to Ojai, CA, died in a traffic accident on February 1, 1988. Helen, with the love and support of her family and friends, grieved the loss of her best friend and loving daughter but lived on just as Kenny would have wanted her to. She continued to host large family meals, preparing everyone’s favorite… dumplings, sauerkraut, and side pork.

A private family Mass of Christian Burial for Helen Jean Wavra will be celebrated at the Cathedral of the Immaculate Conception in Crookston, with The Very Rev. Vincent Miller, presiding. The Mass will be livestreamed by going to www.crookstoncathedral.com  on Saturday, December 26, 2020, shortly before 10:30 a.m., clicking on funeral/burials, and then the prompt for viewing Helen’s service. Interment will take place in St. Dorothy's Cemetery, rural Red Lake Falls.

Online registry and messages of condolence may be made by visiting www.stenshoelhouske.com and going to Helen’s obituary.

To order memorial trees or send flowers to the family in memory of Helen Wavra, please visit our flower store.