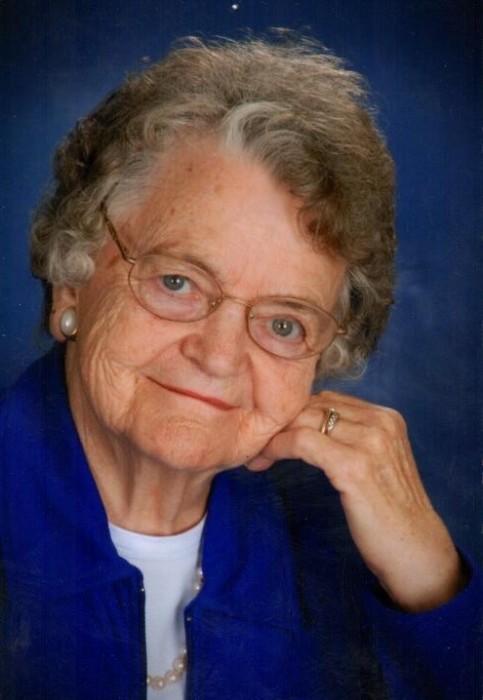 Harriet Adelaide Anderson, 88, of Laurels Edge Assisted Living in Mankato, MN, and a former longtime Crookston, MN resident, passed away peacefully there early Sunday morning, June 3, 2018, comforted knowing that her family was at her side. Harriet had moved to Mankato on July 20, 2013 to be near her daughters.

Harriet was born on September 5, 1929 at East Grand Forks, MN, one of six children of the union of Hans and Agnes (Frisk) Stordahl. She grew up on the family’s farm and attended Banner #51 Country School at North East Grand Forks. On June 22, 1952 Harriet was united in marriage to Howard Percy Anderson. The couple lived and farmed near Fisher, MN before moving to their Fairfax Township farm, near Crookston, in 1954. Together, they raised their three children: Brian, Renae, and Julie. Howard continued to farm until retiring in 1992. Sadly, he passed away on August 18, 2007.

Harriet was a member of Our Savior’s Lutheran Church and the Evening Guild. She was also a longtime member of the East Fairfax Homemakers Club. Harriet was a devoted wife, mother, grandmother, and great grandmother. She was known for her baking and cooking, and always had fresh baked buns and rolls ready for her family and friends during their frequent visits. Harriet’s memory will be forever treasured.

The funeral service celebrating the life of Harriet Adelaide Anderson will be held at 2:00 P.M., Thursday, June 7, 2018, at Our Savior’s Lutheran Church in Crookston, MN with The Rev. Steve Bohler, officiating. Visitation will be from 1-2:00 p.m. Interment will follow in the Oakdale Cemetery, Crookston. Memorials may be given in memory of Harriet to an organization or charity of choice.

To order memorial trees or send flowers to the family in memory of Harriet Anderson, please visit our flower store.